EDUCATION | EXHIBITIONS: ONE LP@BAND ON THE WALL: Cory Henry: Musician 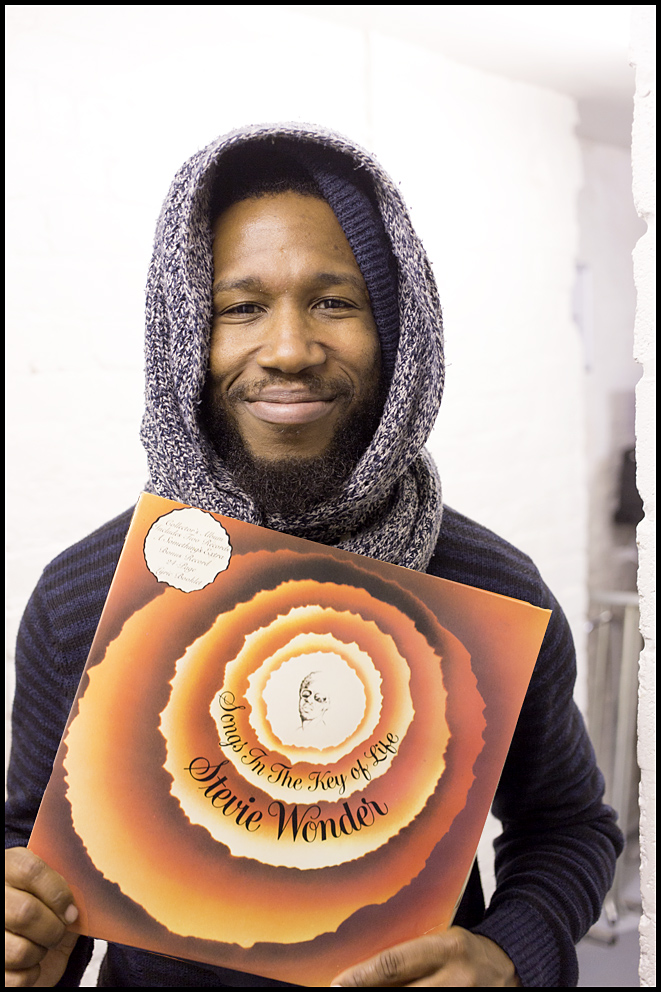 
"I chose Stevie Wonder's "Songs in the Key of Life" record was one of the first vinyls I've ever heard in my life. And when I heard it, and actually understood what was happening.

Musically, it changed my life forever. And the songs now that I listened to it - I still listen to it. And now it has a brand new meaning as a grown man than it did when I was about, you know, maybe eight years old, when I think when I first heard it and lyrically it speaks passed the time it was written - it's so important to what's going on in today's society.

The production of the record is, top notch, Stevie Wonder's artistry at this time was going into another, another level, and he was, playing multiple instruments and, you know, he had some of the greatest musicians - Herbie... - so many people are part of this project and this record just means a lot because it shows what can be done when like, you know, when there's a team of people who believe in music and believe in the power of the message of it - "Songs in the Key of Life" stands the test of time. And it will stand the test of time as one of the greatest records ever, in my opinion."