EDUCATION | EXHIBITIONS: ONE LP@BAND ON THE WALL: Dom Flemons: Musician 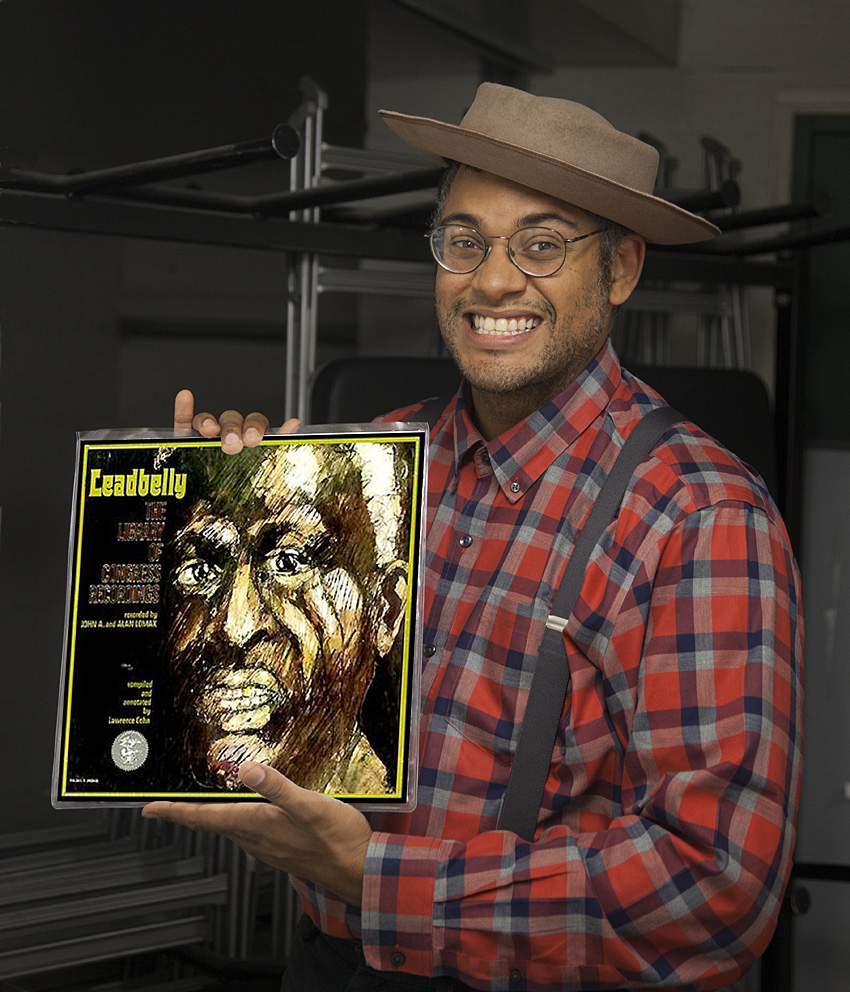 
“Well the album that I decided to choose was one called 'Leadbelly, The Library Of Congress Recordings'.  And it was put out by Electra recordings and there is a three record set.

When I picked it up it was actually in connection with Woody Guthrie ‘cos there's another companion set that's called 'Woody Guthrie The Library Of Congress Sessions'.  It has a really great charcoal drawing on the cover and so I saw the Leadbelly one.

And I'd heard about Leadbelly through err actually through 'Song To Woody' by Bob Dylan.  And so I started looking him up and when I picked up this Leadbelly record I mean - it just really gave me a whole blueprint to work within for the repertoire and the idea of the ‘Songster’.

And so like I go and buy The American Songster and it was really routed in getting to know Leadbelly’s material and so that one - it was put together by the great Lawrence Cohn - Larry Cohen - out in LA.

And he did a great job in really sectioning off Leadbelly’s repertoire in a particular way that just showed the depth and the breadth of that repertoire - specifically on the square dance stuff - really just blew me away you know, and on tour here we're doing 'Poor Howard' and that's where I first heard it was on that record there and that was just something that - I mean it just moved me - ‘cos at that time I was familiar with folk music and blues and early jazz but the idea that there was something that kind of fit between all those different styles was something that just really appealed to me, and so this album just , I mean, it gave me the whole thing.

I always call Leadbelly the 'Rosetta Stone' of black folk music and it really is - that compendium really shows that.”