EDUCATION | EXHIBITIONS: ONE LP@BAND ON THE WALL: John Jones: Musician 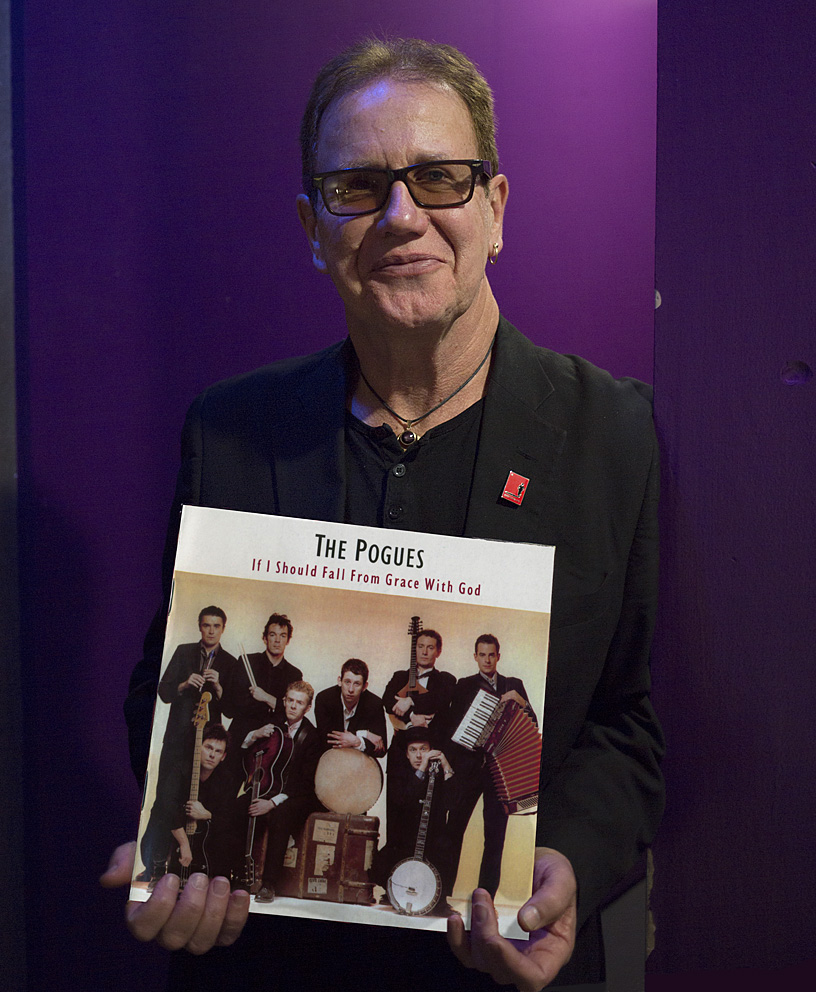 John Jones: Musician, The Pogues: If I Should Fall From Grace With God


“Well, it's an album by the Pogues called ‘If I Should Fall From Grace With God' . They made some great albums - perhaps this is their best known one.

I just think it captures a band at their brilliant best.  I mean .. we were lucky to go off on tour with them and play support to them around Germany and Europe and so on.  And they were always by their very nature exciting live - hit and miss.

But I think it was Steve Lillywhite, or somebody like that,  produces it and I think they just distill a lot of what they were about.

The album manages to sound good and hold your attention but it's exciting at the same time and I think it contains some fantastic songs.  Not just, you know, MacGowan at his best with Fairy Tale of New York but I mean it starts off with, to me, one of the greatest opening songs 'If I Should Fall From Grace With God'.

They used to open with and when you play sort of wild rebellious Celtic rock and folk rock like that you always want to grab the audience at the beginning.

I still try and do that you know with something like 'When I'm up and I can't get down'.  But their song just did that, I saw it - and you could hear it and it was just something about it that - it got the mosh pit going - it got everything going - it was just electric!

The tunes that they play, Irish tunes that they play - just fabulous the way that they just get it together you know.  And much as I might have envied them at certain points - and you tend to be very competitive in the music business, I valued them and I just thought it was fantastic and it's not just MacGowan because there's a Phil Chevron song called 'Thousands Are Sailing' and it's brilliant.

For ever there was a song about exile, being abroad and trying to make something of your life that was where it encapsulates that superbly.  Some fantastic lines.  It's a great song.”

The Pogues: If I Should Fall From Grace With God released 1988