EDUCATION | EXHIBITIONS: ONE LP@BAND ON THE WALL: Peggy Seeger: Musician 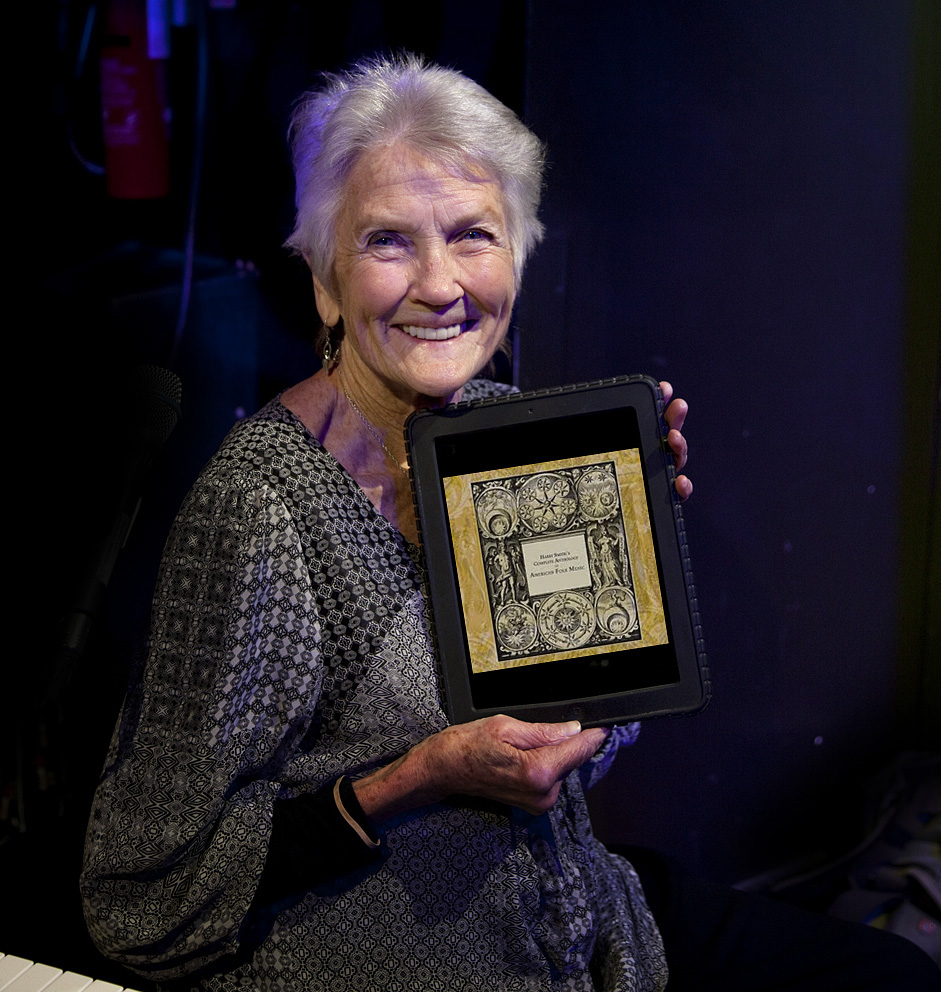 It contained a small sample of something like four or five dozen folk singers - real folk singers - not like me - I’m a singer of folk songs - but they’re the real ones; from allover the United States.

From way down in the bayous of Florida and from up in Minnesota and it had just a snapshot kind of of each one of them.

So - Harry Smith - 'The Anthology of American Folk Music'.”