EDUCATION | EXHIBITIONS: ONE LP@BAND ON THE WALL: Stefan Grossman: Musician 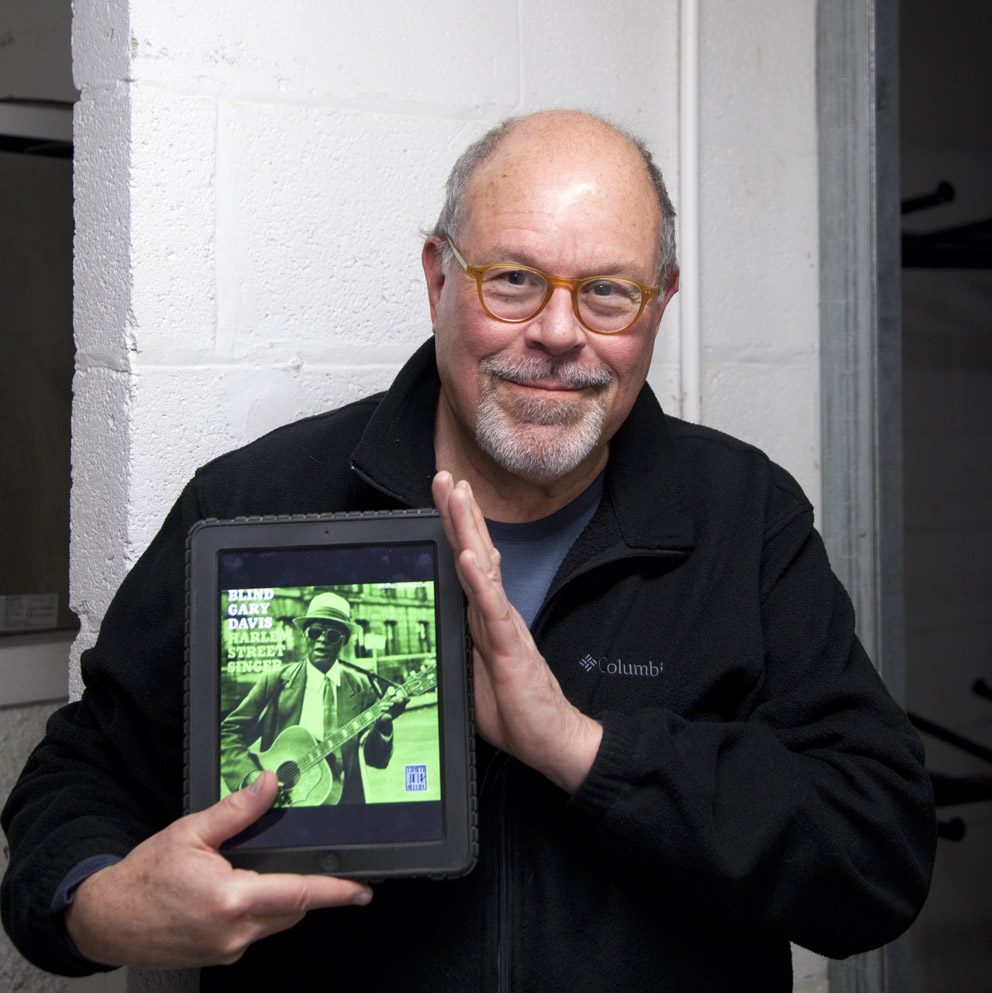 
“Well I studied when I was fifteen years of age for about three years with the Reverend Gary Davis when he was living up in the Bronx.

And his old recordings were not available then – the old 78’s had not been reissued, in fact practically none of the old blues material had been reissued.

But he had made one record for Riverside which had one side of himself and the other side Pink Anderson .

And then he made his first record for Prestige/Bluesville and that was called ‘Harlem Street Singer’ - and that was absolutely life changing for me. His guitar playing - his singing.

And I would take that album and use it as source material for what I wanted him to teach me and then obviously he started to teach me many many other tunes that weren’t on that album.

But that album was the lynch pin.”

About the album - by Matt Fink

Recorded during a three hour session on August 24, 1960, Gary Davis laid down 12 of his most impassioned spirituals for Harlem Street Singer.

Starting off the session with a version of Blind Willie Johnson's "If I Had My Way I'd Tear That Building Down," here renamed "Samson and Delilah," Davis is in fine form. His vocals are as expressive as Ray Charles' while similar in richness to Richie Havens' work. Harlem Street Singer features his inspired country blues fingerpicking as well. Many moods color the selections, from the gentle "I Belong to the Band" to the mournful "Death Don't Have No Mercy," only to be followed by the joyous shouting of "Goin' to Sit Down on the Banks of the River."

Overall, the collection is well worth the purchase and should be considered essential listening for fans of country blues or gospel.