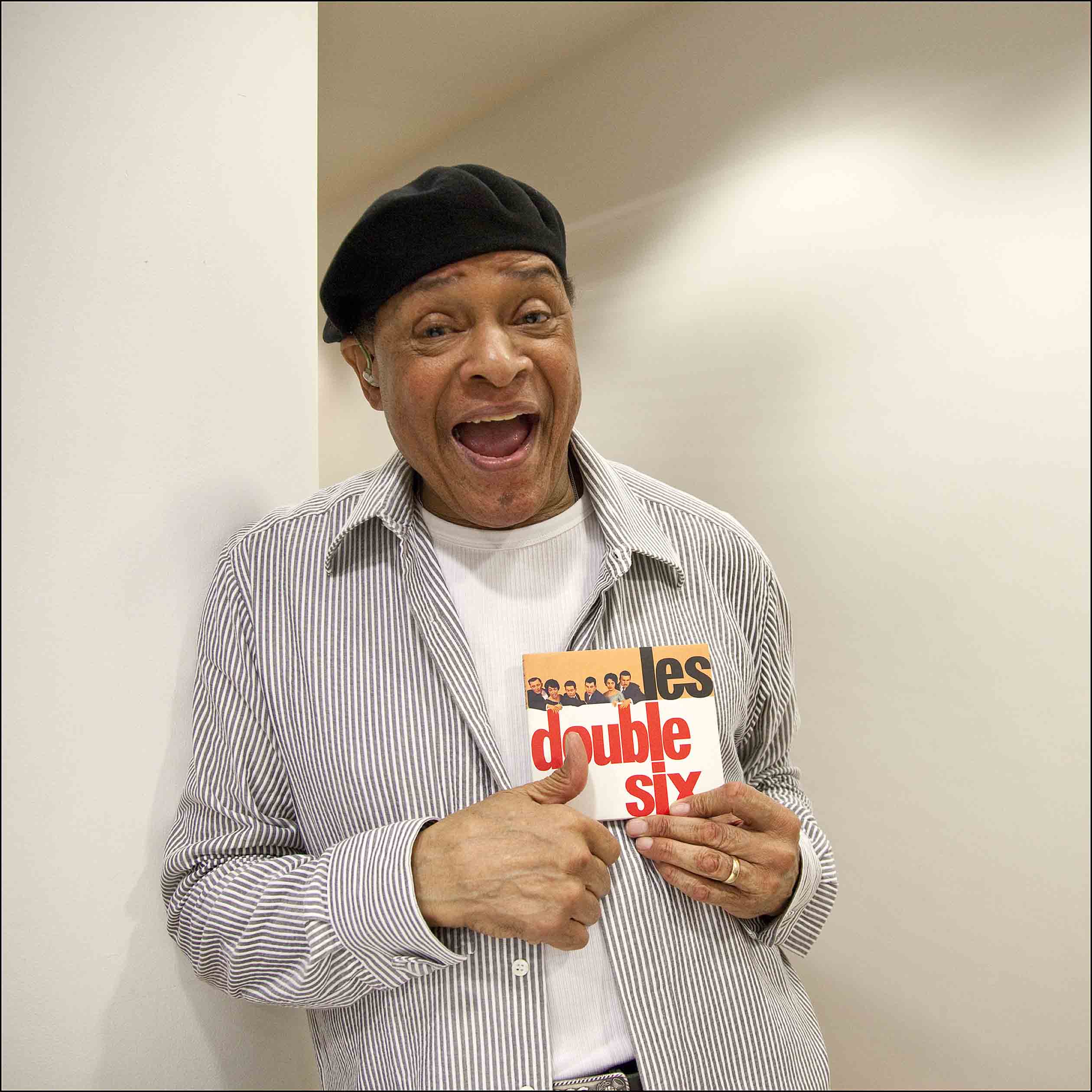 
“Double Six - when I was in college in my first year I had formed a singing group patterned along the lines of Lambert, Hendricks and Ross - and Double Six.

Double Six changed my life - I listened to them instead of going to class - I think they almost sent me home!

Very important music to me, I became friends with Michel Legrand - his sister sang in the group then and Mimi Perrin - thank you Mimi! we’ll all see you soon.

So Double Six - very important, lots of people important - but a special place for them.”