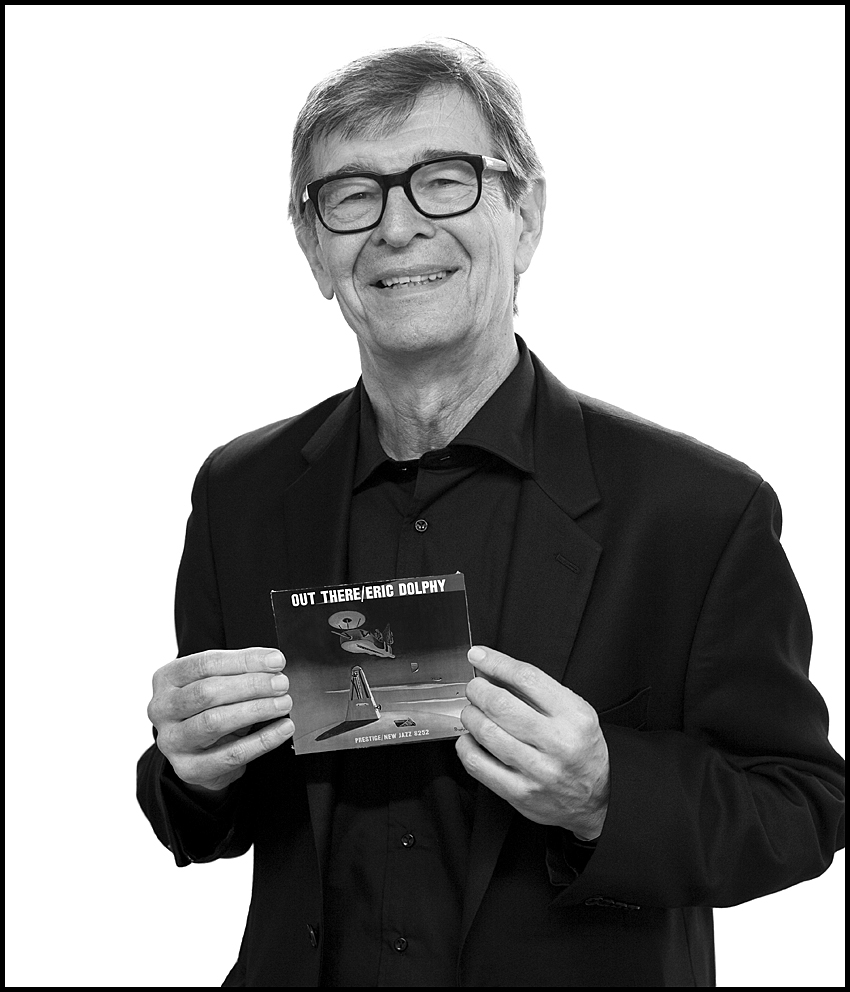 
"Well actually when you introduced the project, I thought -

'I could really work at this - and that would be too much of a challenge!' Or I could just go with what popped into my head, and a very interesting one did.

It's 'Out There' by Eric Dolphy.

And the reason I think it was a very influential album for me was the instrumentation really. The unusual sonority of cello, bass, bass clarinet - when he played bass clarinet or flute, when he played flute and a little bit of alto but, you know, the changing around - and the cello.

So no chord playing instruments as such but just the way those instruments resonated with each other and the way of playing in the kind of post BeBop style - but nothing very formal .

You now when I talk about the instruments you might think of it as sounding more like one of the more formally arranged West Coast jazz things that were kind of in that third stream pocket or something - but it wasn't at all.

It was actually very New York, it was a bit odd, a bit scratchy - Ron Carter on cello - playing and so forth.

But it had tremendous time and feel and it created a sound Universe for me beyond what I thought of as the instrumentarium - the sound universe of straight ahead jazz and yet it didn't sound like a classical cross over kind of thing - like the things that you know - my father was doing with Leonard Bernstein or even Gunther Schuller.

It was its own space.

'Out There' really influenced me to try and find those spaces myself."

Eric Dolphy: Out There released 1960