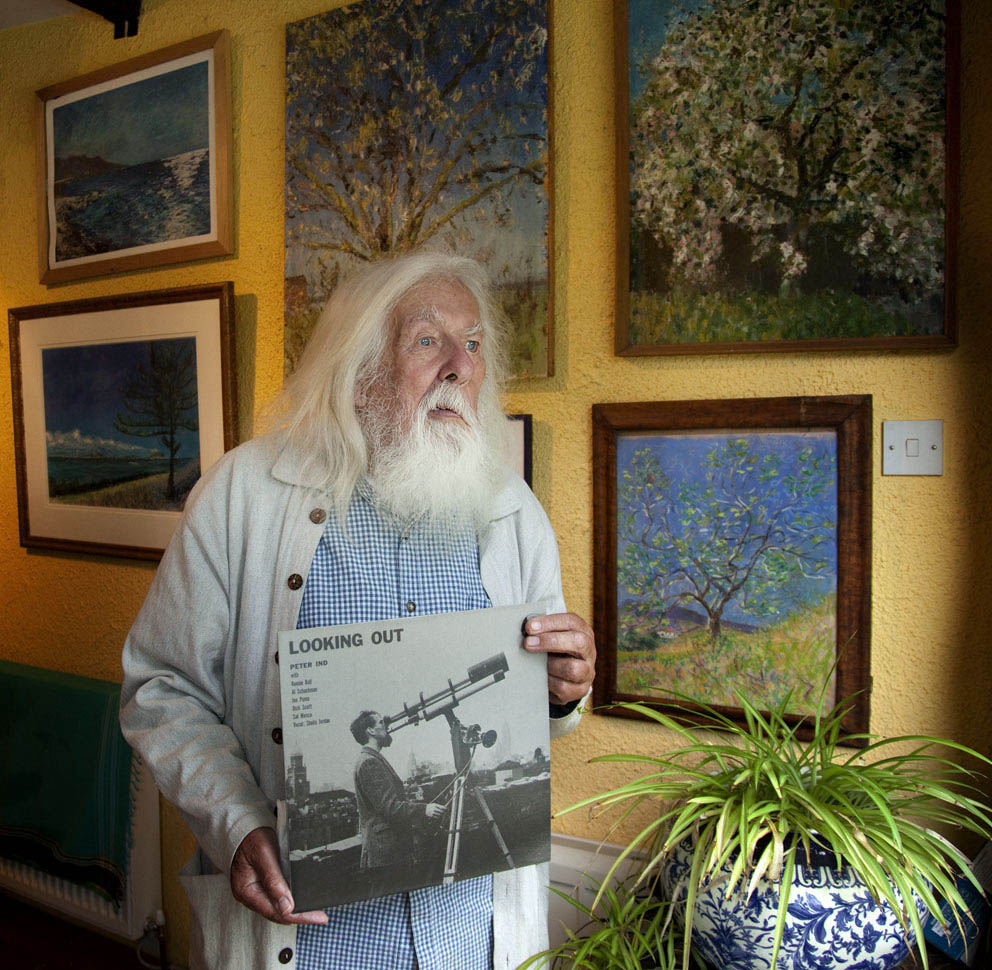 
“It’s not so much with a particular album - although there are things on certain albums – I mean I can choose from a whole bunch of things. Sue suggested I recommend the Samba Con Salsa album from The Bass Clef, it’s lively – yeah that’s good. But then what I think the contributions of Lennie (Tristano) and what Bird did – you know.

Bird recorded with strings and it was unheard of in those days. That was the commercial guy saying ‘Look, lets put this guy with a string section’ - the album ‘Bird With Strings’ is just incredible.

And a lot of musicians at the time thought ‘Aww …Birds copped out…..it’s commercial’. But his playing was so great on that you know. And what it did it enabled people to hear the melody - which was played by the strings – and hear what Bird did with it , you know. Then It was like a new thing that hadn’t happened before.

Created a wider awareness, I think so. But the point is, at the time when it came out, jazz was at a peak and the following was quite huge in America you know. So that as jazz musicians we were inclined to see the rock scene as kind of ‘Oh did it matter – it didn’t really count’. All that’s gone and now it’s like ‘Oh jazz – what is that’? ( laughs )

So again if I am successful, as a writer or an influence, to get people to reappraise the music - because yeah you can have in the Classical world you can have the Strauss Waltz’s and all that, which is lovely music, or Tchaikovsky which is even greater – but there’s also Bach, Mozart, Beethoven. Out of those three Beethoven seemed the least creative to me – to my ears – but maybe it’s because it’s straightforward harmony. I mean Bach, who was before any of them was so melodic and so incredibly aware of music and how it could be described.

WE And it is so rhythmic as well isn’t it

So, if I could have an influence in helping people to realise the truth, that underlying, they’d get out of this commercial vein. Not to eliminate but to say ‘Hang on, there’s more to it than that’ you know. So that’s what I … one of the things I’m working on you know. The other thing, which is aside from that is the book I’ve just written. It ostensibly has a jazz context but it came out of the influence of the Parliamentary Jazz committee, cos the Labour and Tories they love the music – so they’re all on the stair together and if only they could apply to politics (laughs) it would be wonderful you know.

So where do we go? But the arts, the music and especially jazz has a hope to it and that’s what drives me on you know. So here I am at 86 and what do I do next. (laughs)

The recent book I’ve written is ‘I am, therefore I think’. And it’s about where science has avoided the truth. And the science that is lauded is, in the main, that boosts the world economy. And there were scientists who added so much to knowledge whose work has been ignored. I wrote one book about it – about the scientist Wilhelm Reich – you know about this man?

I’ll leave one with you before I go.

And really it was when I was in New York – Reich had been a student of Freud the early part of the twentieth century and he was very perceptive and he understood the psychology beyond Freud. And out of that he showed how it’s not just psychology – it’s to do with biological energy and it’s the underlying biological energy that forms our opinions. So his research was into that. Eventually he realised that this energy is everywhere, things that a lot of cultures have known – always known – but which the West ignored you know.

Mr. Ind is holding his album 'Looking Out' released in 1961. This was my suggestion.