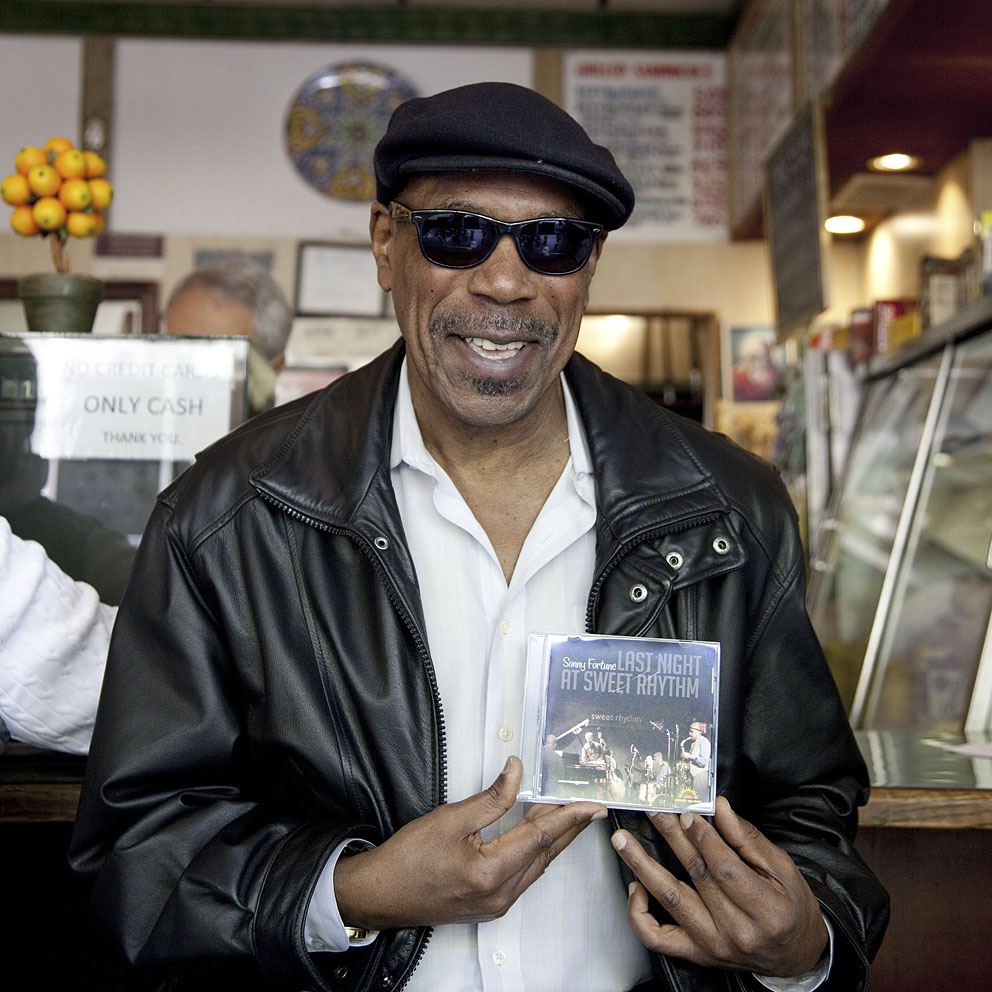 
“I have done many live recordings but I have never done a live recording of my own as a band leader and this is on my label which is entitled Sound Reason and that emblem has a significance.

As you can see, it’s kind of a play on words because when you look at it, it’s a sun in the background with gold bars in front of it, so - Sonny Fortune [laughs]

- the boy ought to be ashamed of himself but I’m not!

So, you know, it’s all my compositions and it’s with a band that I feel very, very good about. That was the reason why I recorded it.

And it’s, like I said, my first live recording as a band leader.I tell you what - there’s a tune on there that I wrote for someone that I have the highest regard for, is Elvin Jones .

There is a tune on there called “The Joneses” and the tune consists of…it’s dedicated - and there were some reviews and people thought that I was talking about the family of Joneses, Thad and Mel, but actually I’m talking about Elvin and his wife Keiko, and she was Japanese and so the composition consists of a Japanese acknowledgement as well as an Elvin Jones acknowledgement and I feel very good about that.

Coltrane told me that if I ever got the opportunity to play with Elvin Jones to take it, so I was working with Elvin the night Coltrane died.

So I’m kind of locked into where I’m at because of a whole history of events and I should add that my two favourite drummers - last year when the Four Generations of Miles got together I told Jimmy Cobb - I said you ask anybody that’s known me for years and they’ll tell you I tell them that I developed my rhythmical concept from Jimmy Cobb and Elvin Jones, those were the two guys that influenced me the most.