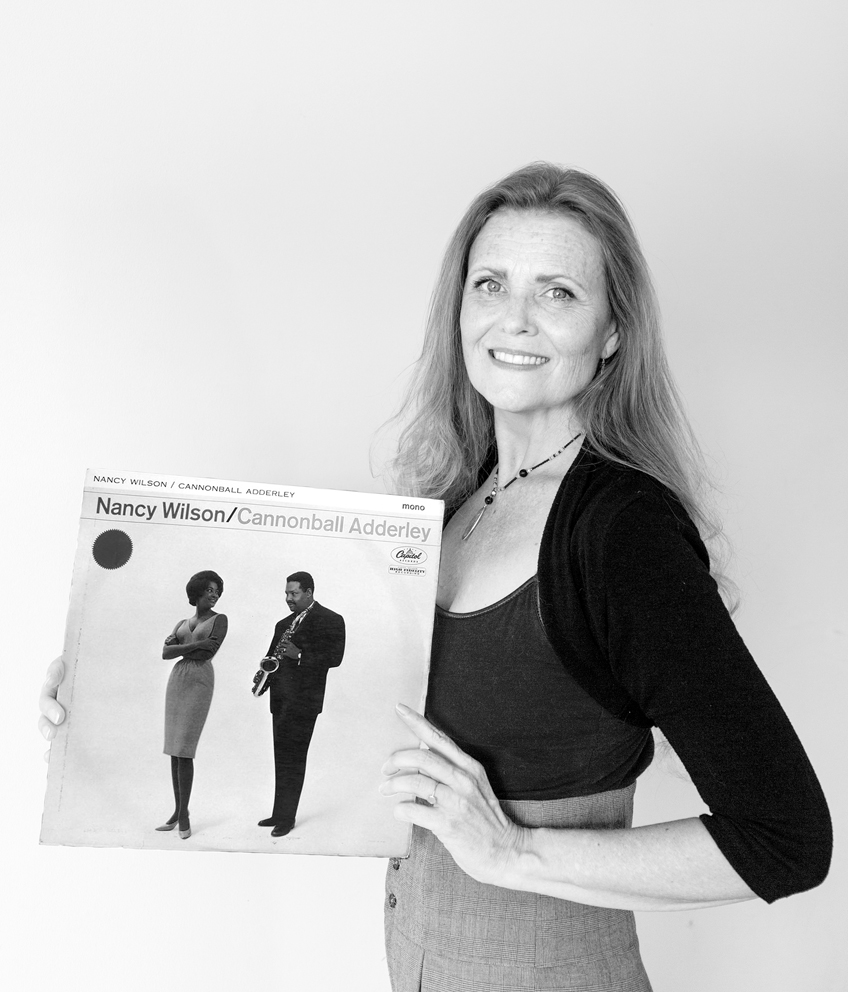 
“I’ve been thinking about "Nancy Wilson and Cannonball Adderley”. That album, which was one of Nancy’s first break out records and I think one of her finest. It had a huge impact on me. It was one of the first vocal jazz records that I really obsessed over and that’s interesting because half of the record is not vocal. Half of the record is Cannonball and Nat Adderley playing instrumental music with the band. And I of course enjoyed that every bit as much as Nancy’s vocals. So it was sort of something that brought my mind into the world of how a singer interacts with instrumentalists and how that could be something new to my way of thinking because I was raised in a world of musical theatre and classical music and Broadway where the singer is kind of the singular “star”, apart from the musicians... But Nancy is so integrated and the tone of her voice is so horn like and her phrasing is so wonderful. I mean I just memorised every lick from that record and actually in my very first recording, the very first track was “Old Country” and its basically completely derivative - and even Carol Sloane wrote a review of that record way back when and she said .... she was very approving of it but she said - ‘it’s surprising that I’m praising it because the first track is just derivative and just nothing new’. And the reason that it wasn’t is I can’t resist singing these songs the same way Nancy did o that record. In fact that’s true of a lot of Nancy Wilson recordings that I love ... there’s little licks that she does and I can’t go anywhere but there and so I’ve avoided recording those songs ever since. That shows how deeply it affected me.”