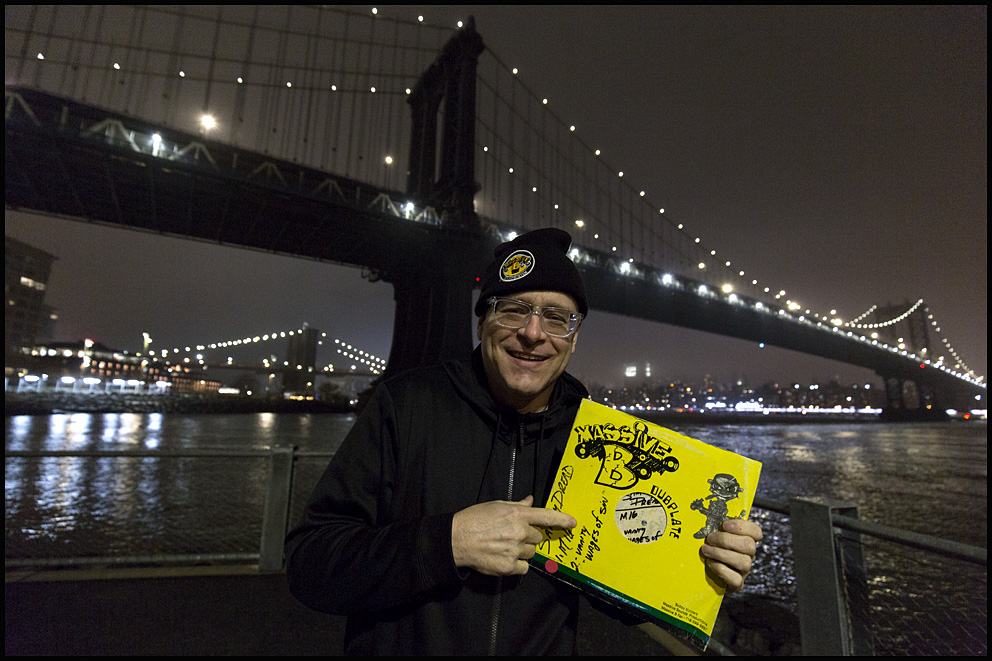 Not only for the Master B Record label but for Master B Sound System over twenty five years ago. Starting with Barrington Levy, Super Cat, Buju Banton and so forth. Nicodemus and Half Pint. And so many more. I brought the Sammy Dreadlocks dub plate with me and just the fact that it's a ten inch acetate dub plate and it kind of signifies if you know anything about me you know I love foundation reggae, I love rub a dub reggae and just the fact that we used to have to work so hard to get money to voice these dub plates and pay them.

It wasn't like downloading an MP3, you know, you had to fly Jamaica go to the studio, voice the artist, mix the dub plate and then cut it on acetate, ten inch lacquer you know.

Whereas with the record label you'd have to build the rhythm, voice the song, mix the song, master the song. And when you master it you make probably the seven inch lacquer in which they make the metal plate off of and they press the record. Cos you know I have my own label and they used to press in Jamaica, and I pressed in Tennessee and in Pennsylvania and everything so. It's been blessed because I've been fortunate enough I've met most of my heroes, voiced them on dub plate or I've voiced them on my label you know so it's great. Hope I answered that good.

Sammy Dreadlocks M16 and this is basically years ago when we were cutting dub plates there was a style amongst the sound systems where top sounds would have their own sleeves and being with Massive B I printed these, I think, in Jamaica. We had our logo and our little character on it that was on the record label. Massive B was the records and you know you leave space to write the artists name and so forth and it's you know - doing what you love.”