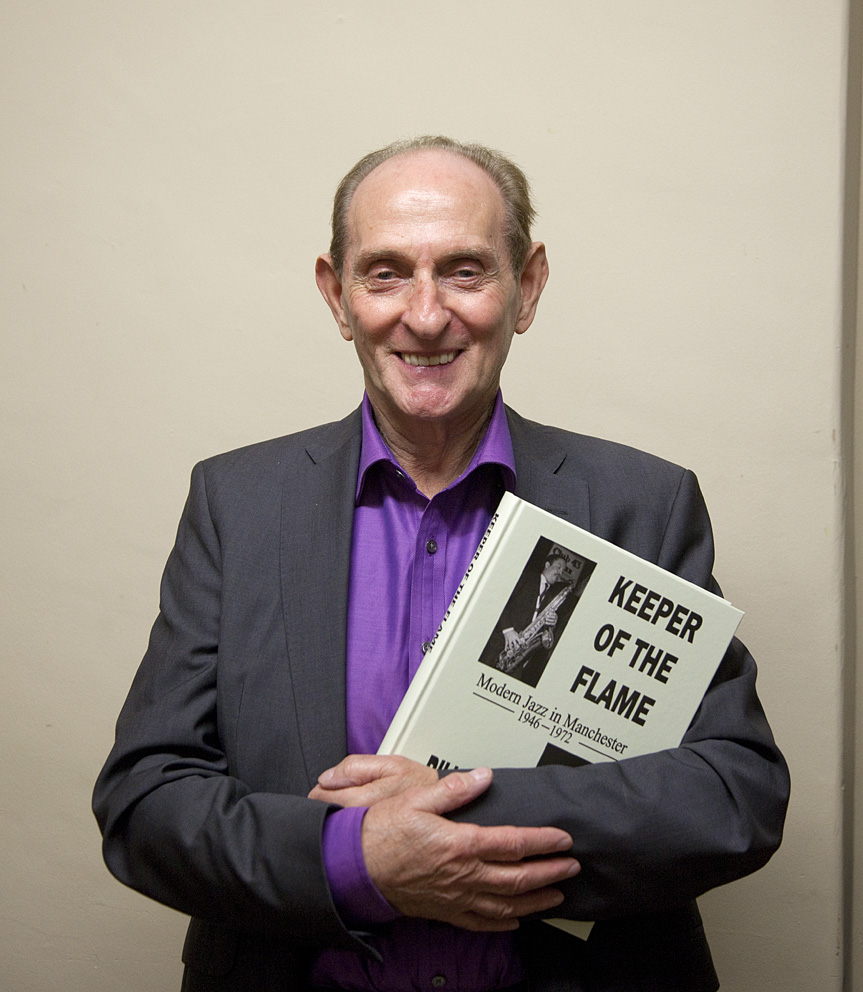 
"Well, what happened with me was I’d had a nervous breakdown in the RAF.

You get a medical - the psychiatrist’s word is Law - I don’t know if it still is – that is the RAF psychiatrist. I was medicalled out and sent back home to Glasgow.

In the meantime I used to do these little jazz sessions at the military band bit with a trumpet player called Ken Wilkinson. The next thing, I got a ticket sent through to say - ‘I’ve got you a gig at Slough Palais three nights a week, here’s your railway ticket – get on the train, forget about everything else’ - because I was frightened to go out of the house almost at that point. So I went and it was great and it started bringing me out of myself a bit.

But the main thing was I was still in a bit of a depression, so I felt bloody awful one time - and I didn’t seem to be making any kind of fluent headway. Well how do you do this?– how does it all work and everything else?

So I was at the point of really considering not bothering living anymore and he came in, Ken, because I was staying with him and his wife in a room, and he said ‘Hey, listen to this’. He put on Clifford Brown and I went ‘Ah’ - it was almost as if Clifford Brown was saying ‘Come on, come on, fuck all that, this is it, this is what it’s all about – get your head down and get on with it’

It only happened twice in my life. The other time was in France, when I was over in France and I was feeling the same way again (laughs) and this guy put the juke box on in a little French café and the next thing was Bird playing ‘Just Friends’.

Almost again like him saying’ Oi, enough of that shit, this is what’s happening now. Let’s get on with it.’

But I mean, it’s a bit of fantasising I understood that. But Clifford Brown …all time favourite ‘Blue and Brown’ …that track was it.

When I saw this headline that he’d been – 25 years old – this crash.. I was absolutely heart broken. I couldn’t believe it.

I’d thought ‘when he comes over here I’m going to not only go and see him but I’m going to talk to him’ and it never happened. But he’s always been the one.

I absolutely adore him. His playing is fantastic; still is to this day.

Mr. Wellins is holding the definitive publication on the subject. Keeper of the Flame - Modern Jazz in Manchester 1946 - 1972 by Bill Birch.