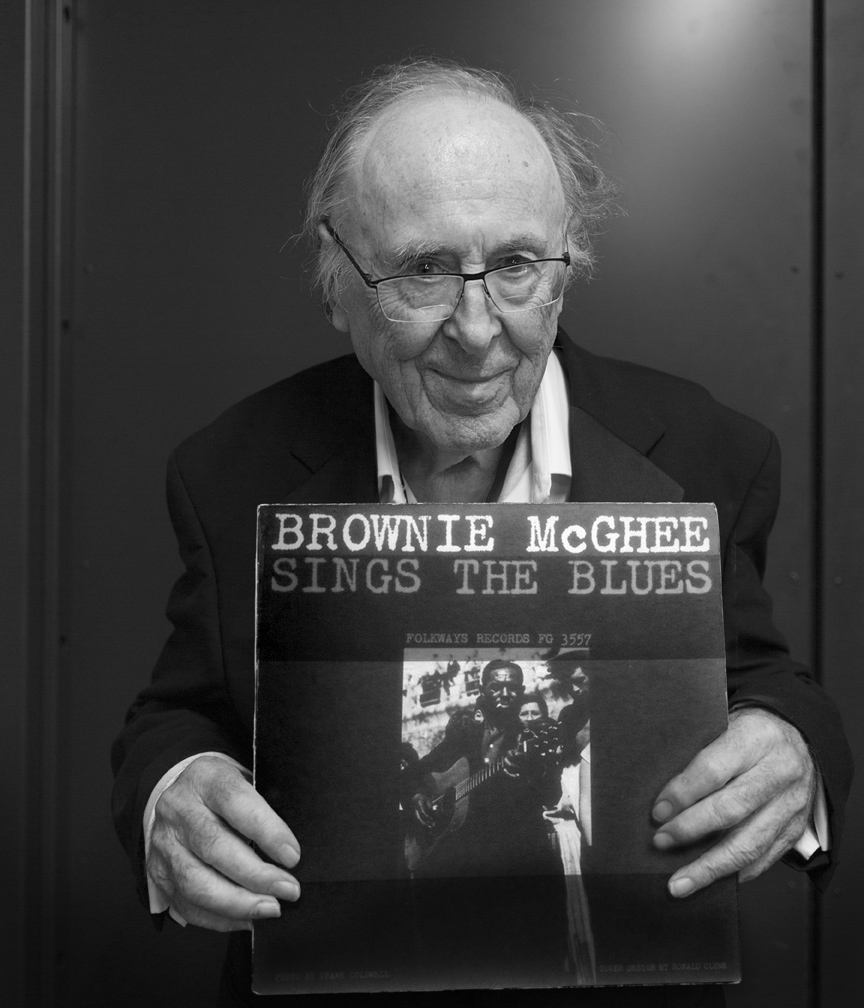 
“Everything (every LP) I think of .. I would think 'Well I'm leaving that other one’.”

I think I've picked one.. yeah..., yeah..  it's an album by Brownie McGhee.  Brownie McGhee - great Blues artist. He toured Britain and Europe with us and his working partner Sonny Terry played the harmonica, Brownie played the guitar, wrote the songs, and they toured with us, it's a wonderful memory. We've worked with a lot of Blues people.

When they went back to America Brownie McGhee was scheduled to make a recording with a label called Folkways - very important label at that time which now belongs to the Library Of Congress.  And he made a recording called 'Memories of My Trip‘ - it was a song about my band!

It was very funny because the people who actually put the record together Folkways were used to dealing with people with all kinds of voices ... they got all our names wrong.

The text - it was printed, and it didn't make any sense .. they had the names all wrong. For me it's a great souvenir because it's the only one of the Americans, and we've played with all kinds of people, who really kind of were interested totally in what we did. But then Brownie McGhee was unusual you see. He also came from the South and Brownie went to college, Brownie did English literature and his favourite author .... what's the poem .. Kipling... 'If'.  Now Kipling was not a left winger (laughs) I mean he wasn't a bad man really but he was part of the establishment you know - the colonies and so on but Brownie could recite and he actually wrote a song which is based on the principle on rhyming in the way that  'If' does.... see? It was so nice because we'd played with Muddy Waters and all kinds of people who were very very important and who were very nice and we enjoyed playing with him.