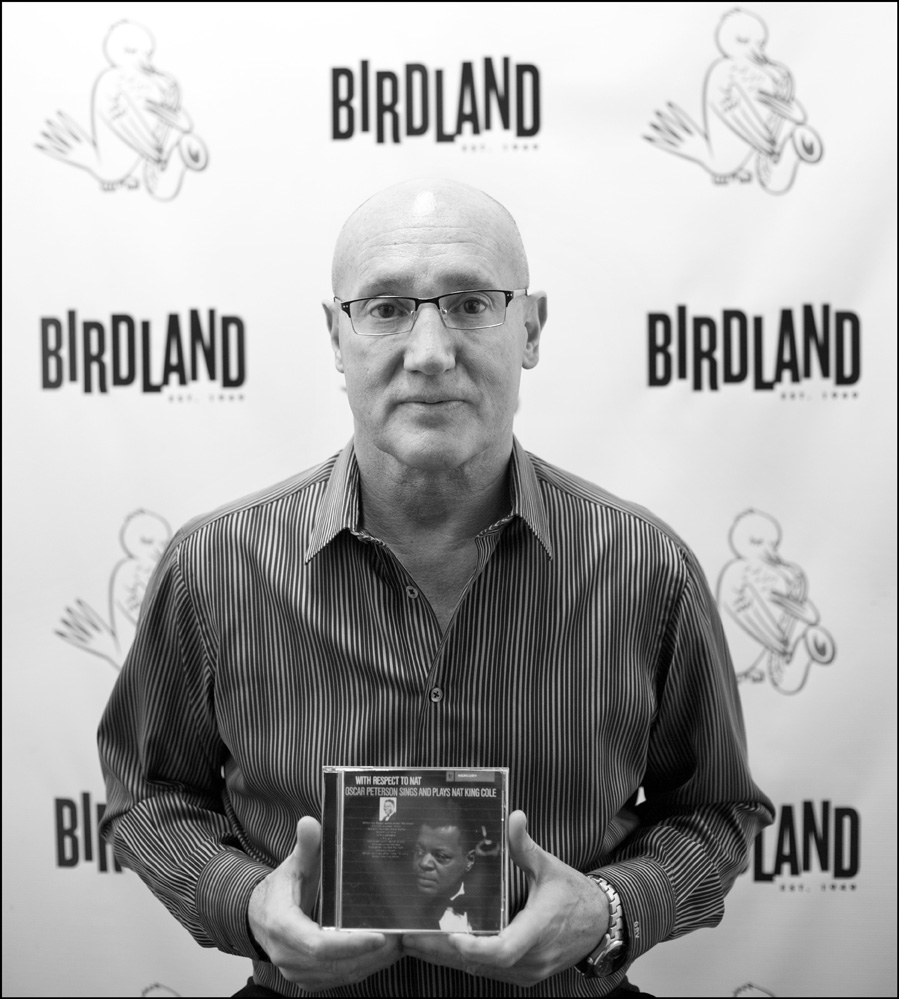 He was a very dear friend of mine. He played for us at Birdland on a number of occasions.

We became very close and I visited him manytimes at his home at Mississauga in Toronto.

And one visit, we were in his studio and he said, ‘I wanna play you a disc.’ So we went into his little room and he had a wall of discs.

He actually had recorded perhaps 250 discs, whether they were just a trio or with others. And he always kept a copy, a beautiful library.

And he pulled one out and started playing it and he said, ‘What do you think?’ And I said, ‘Nat sounds great.’ It was a Nat King Cole song.

And the album is fascinating for me because I get to hear him not only as genius at the keyboard but hear him sing. And when you hear this album, you have to say, ‘That can’t be Oscar Peterson singing.’

His voice and Nat’s were so similar. And he told me the story behind it, why he did that album.

There was a running thing that the two of ‘em had. Cos Nat was an excellent piano player.

Whenever Nat would show up at one of Oscar’s gigs, he would invite him up to play and Nat would go wild at the piano. And then Oscar would get up and he would play and he would sing.

So one day after the gig, he told Nat, he said, ‘Let’s make a deal. You stop playing the piano that way and I’ll stop singing this way.’

That was it. So they were brothers, they loved each other dearly. And unfortunately when Nat passed away, Oscar was really taken aback. He was hurt to lose a friend like Nat. And this was a way to pay his respects to one of his dear friends, and of course the album is titled With Respect To Nat. And to this day, like I said, to hear Old P singing and playing at the same time, I couldn’t have chosen a more loving and dear album to me."