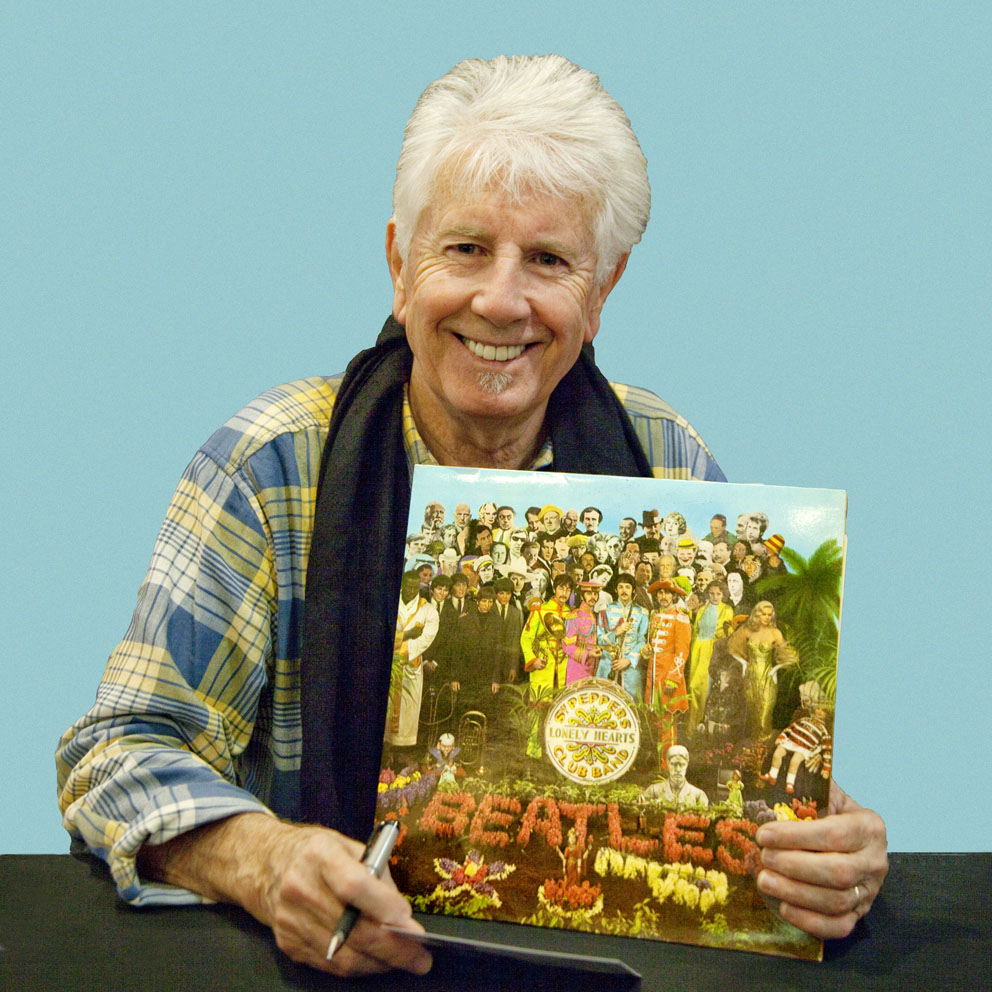 
The style of this portrait is in homage to Peter Blake and Jann Haworth, co-creators of the legendary album cover - and of course to 'Four Lads Who Shook The World.'

George Martin gave me an advance copy I played it to death of course as everybody else did.

The songs are incredible,

the journey is incredible from the opening bars to the last bar of 'Day in the Life' .

It's a very complete record I feel, it's a very strong statement as a whole of their incredible ability - to be able to write songs that reach people's hearts and souls and that record did it for me.

Pet Sounds is a close second of course, that also is a beautiful

record but Sgt. Pepper's Lonely Hearts Club Band is it.

I remember when the Hollies were recording at Abbey Road I talked to George Martin about it.

He goes "They're recording a new record, it's taking quite a while."