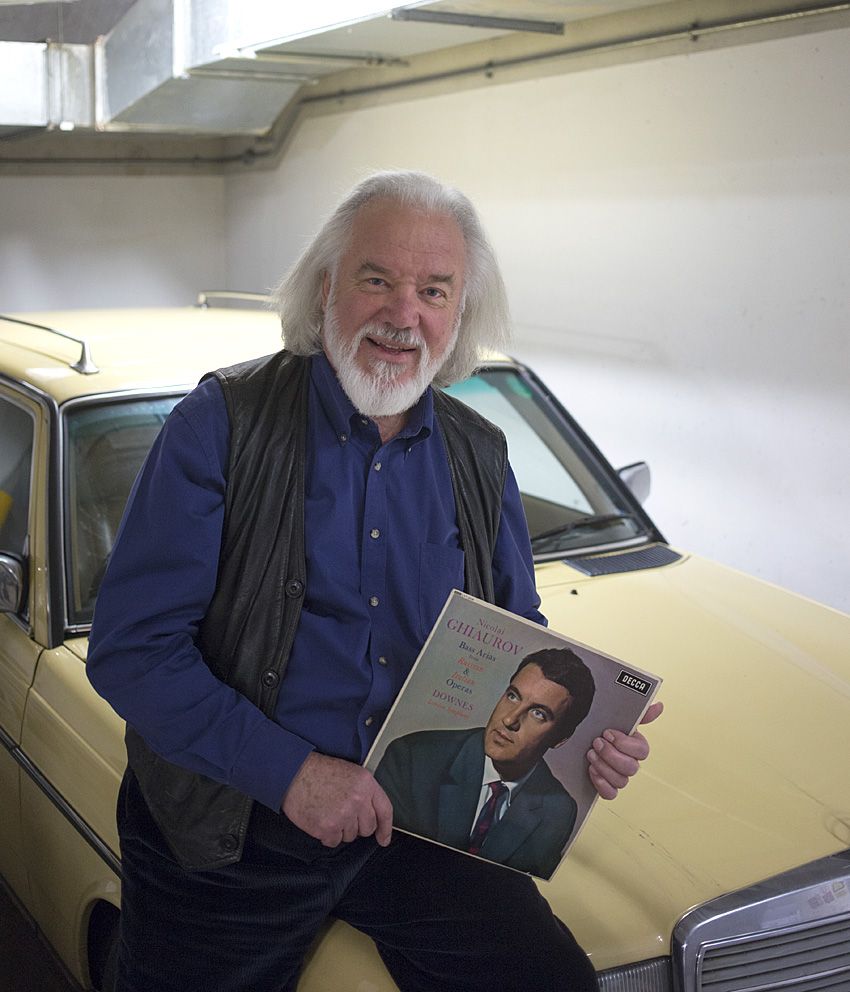 
“Well this is a record that I've chosen featuring a wonderful bass singer - a Bulgarian by the name of Nicolai Ghiaurov.

He was born perhaps fifteen years before me - so when I was a young student beginning to learn how to sing in the sixties - I suppose I'd be eighteen, nineteen, twenty, twenty one - those years,

I suppose he'd be in his early forties and he was at the peak of his powers and his voice was just inspirational to me.

That was at a time you know I'd been studying engineering I'd been a civil engineer - I’d been studying singing all my life but it's a difference in scale my singing was going reasonably well but when I heard a voice like his I thought 'This is what ultimately I'm aiming for, this is what the real operatic bass sounds like.’

The splendour of it, the richness of it, the glory of it, the expressiveness, power, it was of a different scale to what I'd known...in all those ways, extremely beautiful, extremely full and rich.

Learning to sing is difficult, it takes a long time.

It takes many years because you can't see the instrument so you're working on sensation and your teacher is saying 'that sounds better than that and that sounds worse than that' and  you're slowly edging forward and trying different things, and perhaps it's a ten year process let's say to really get the voice going and developed.  I

t's a muscular thing, the muscles need to develop and it's to do with sensation.

Vocal technique is being able to sing beautifully on every note in the whole range from top to bottom expressively, fully, beautifully - and that's what I still try to do today.”