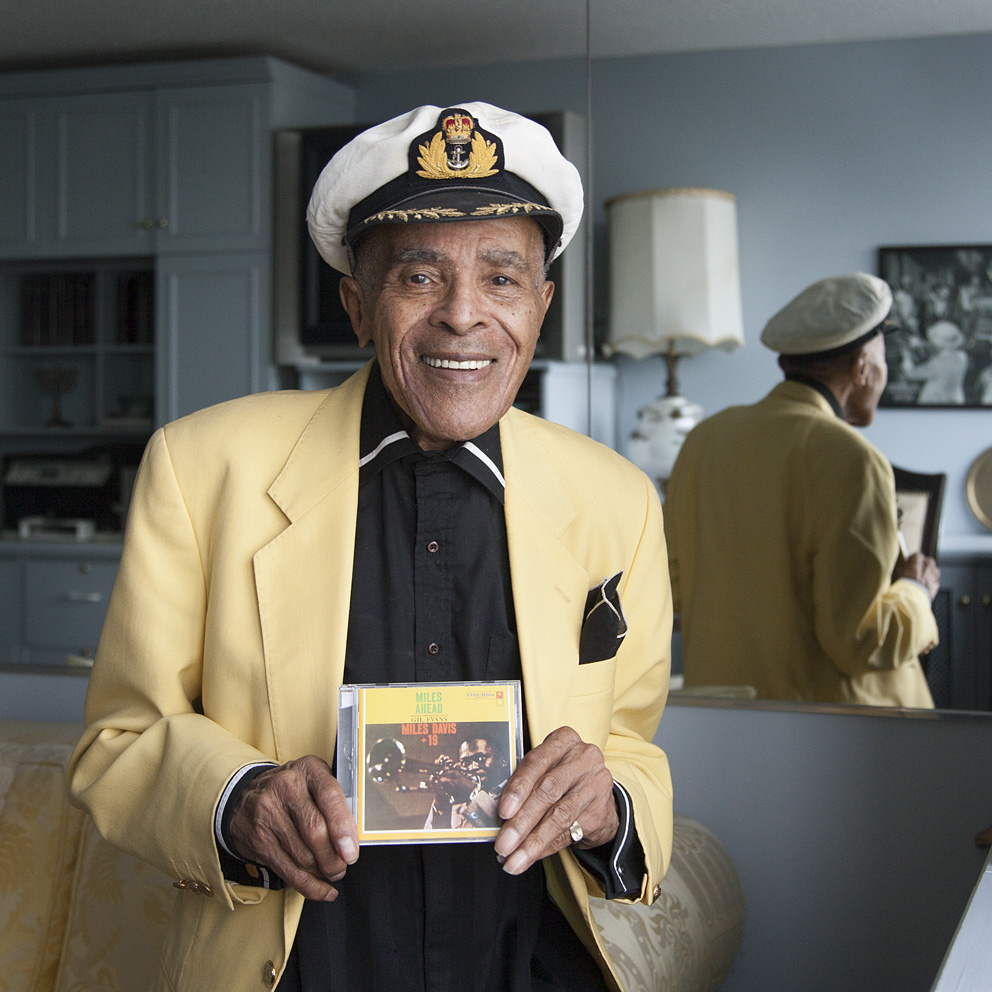 
"Miles Ahead - the title says it all - Miles was ahead of everybody else! "Blues for Pablo’ - there's depth in that you know.

The treatment that Spain received from Franco is awful.

WE - "Your current project with Pete Churchill based on Miles Ahead - so that record has inspired you both to discover and create your own response to the album."

Jon starts to sing, laughs and says - “Now after that you gotta have somethin’! You and me are gonna work! Soon as I find out how to write!!”

Judith enters the room. Jon “What you got?” Judith - “I have some albums – the Miles Ahead, Freddie Freeloader, Evolution of the Blues Song, Thelonious Monk, the first Hendricks, Lambert and Ross, another Miles Davis Porgy and Bess then I have Basie from ’41 to ’51.”

WE - “The cover (Miles Ahead) matches your jacket Jon!!”

On the wall hangs the powerful poetic picture of another old friend. John Coltrane playing soprano sax signed by one of my favourite photographers - the peerless Roy DeCarava.

*Jon Hendricks and Pete Churchill have been working on a major piece based on Miles Ahead which will be performed by the London Vocal Project in New York and London. More