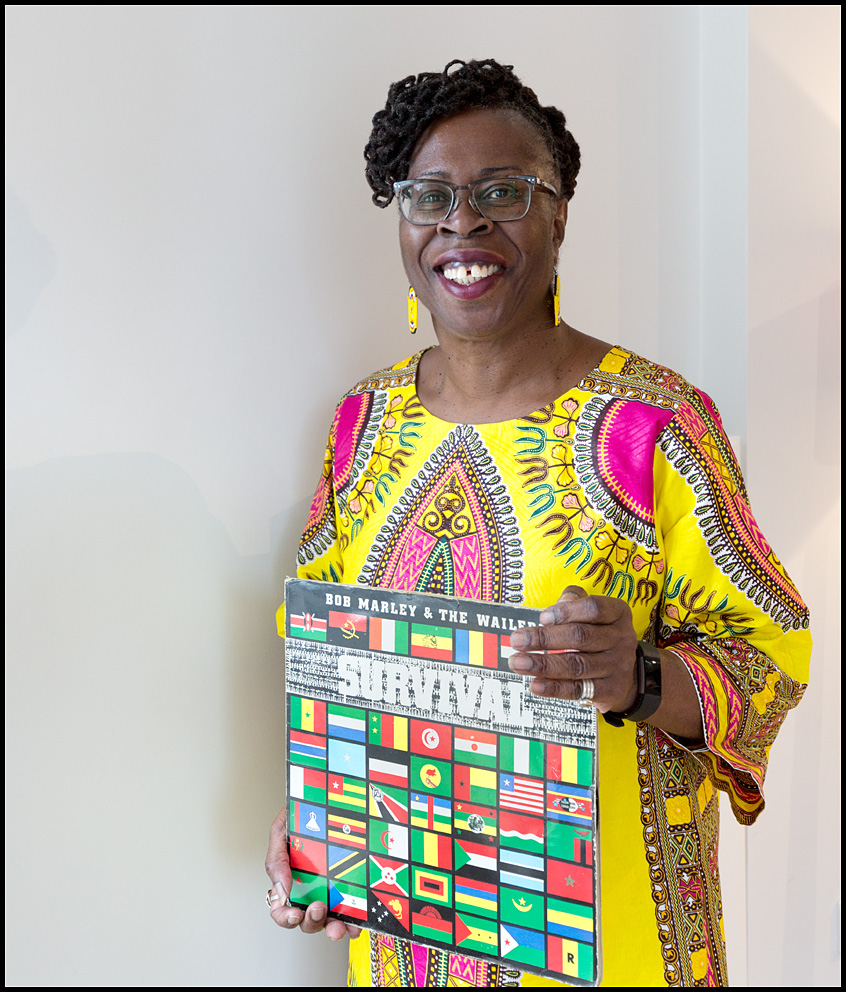 
“So I selected “One Drop” from the Bob Marley album called “Survival” that came out in 1979 and it’s quite an iconic album because it also includes the track called “Zimbabwe” which he actually performed in Zimbabwe around the time of independence.

The reason why I’ve chosen “One Drop” is that there’s something about that record, and when you think how old it is - I mean next year it will be forty years old.

Whenever Lynda and I play it as part of Nzinga Soundz, it creates this vibe without fail each time in the space, in the environment that we’re playing it. And there’s something about it that creates almost like an atmosphere of being at church - sort of religious - more so it has a spiritual feeling about it and it just creates a unity - and people start to sway and move.

There is this almost untouchable sense of oneness that it creates. And you can just see them going back in time to where they (the people in the audience) were, recalling memories and how the track makes them feel. So it it’s a very emotive song and it never fails - you know wherever we play that song it creates this feeling that you could cut - almost touch and it’s inexplicable but you can it see it brings people together, whether they predominantly like soul, whether they predominantly like reggae - whichever genre they particularly like, this record creates a feeling of unity and that’s why I chose it.

It just takes you somewhere that you just can’t explain. The lyrics are amazing.

And then you give us the teachings of His Majesty,

For we no want no devil philosophy;

A you fe give us the teachings of His Majesty,

A we no want no devil philosophy:' - Bob Marley

In the late 70’s we were young people trying to find ourselves and establish our identity at a time when it was quite hostile for young Black people, so I think it has that significance and that resonance for all those reasons.”

Bob Marley and The Wailers: "One Drop" from the album "Survival" released 1979