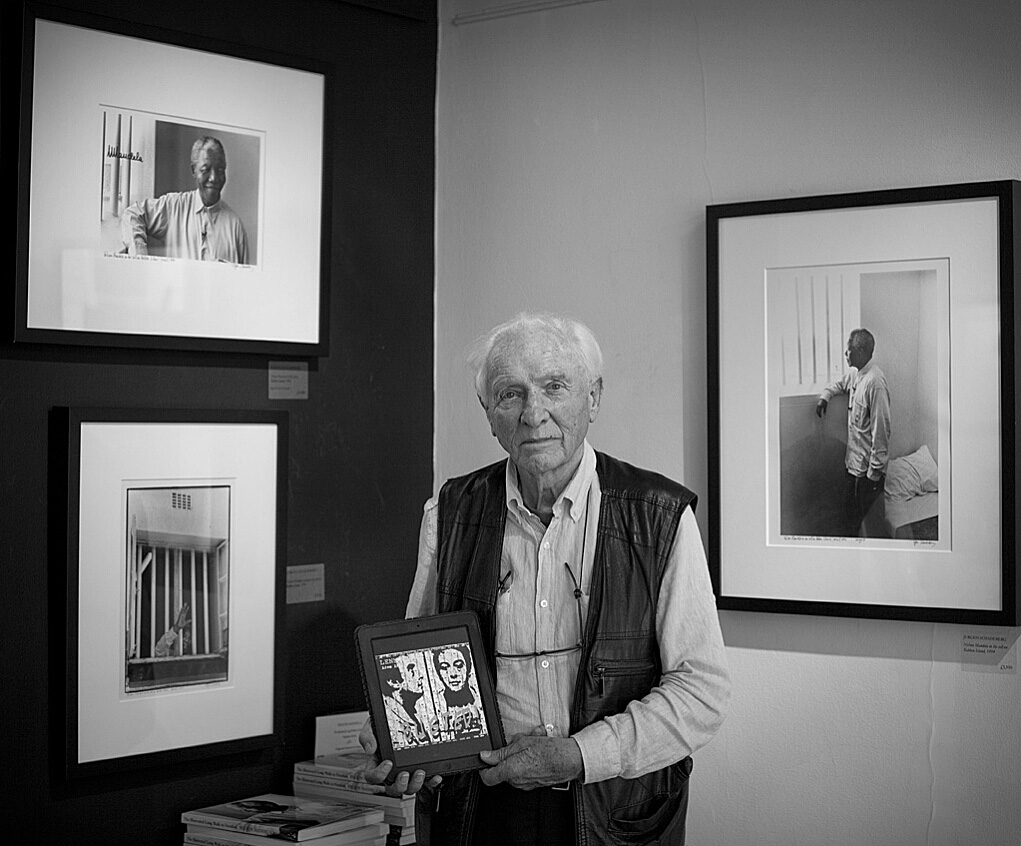 
"In the seventies it was very popular among friends of ours to listen to American comedians.There were quite a number of them. There was Victor Borges and many others whose name I don't remember but we did spend lots of time listening to these records. Then I suddenly discovered Lenny Bruce .

Lenny Bruce was more aggressive,was very political and very tough. He was really an anarchist in a way. I was very impressed by his work especially from a political point of view.

At that time there was a need for that sort of aggression and criticism of society.

Among the establishment he became terribly unpopular because of his criticism of society and (way of) life itself.

To some degree it relates to the situation I came across in South Africa, but in general I saw it as a worldwide criticism of the establishment."

Jürgen spoke later about what he considers to be his most important photographs - those he took of Nelson Mandela on his return to his cell on Robben Island where he had been held for seventeen years.

And then I said 'thank you very much' and he turned around and he gave me a little smile, it wasn't his normal smile - it was his coming out of deep thought and contemplation of sorrow passed and so on.

It was very personal.

I think that was my most important two pictures, him looking out and turning around and having that little smile. That was a very different smile from his natural smile."