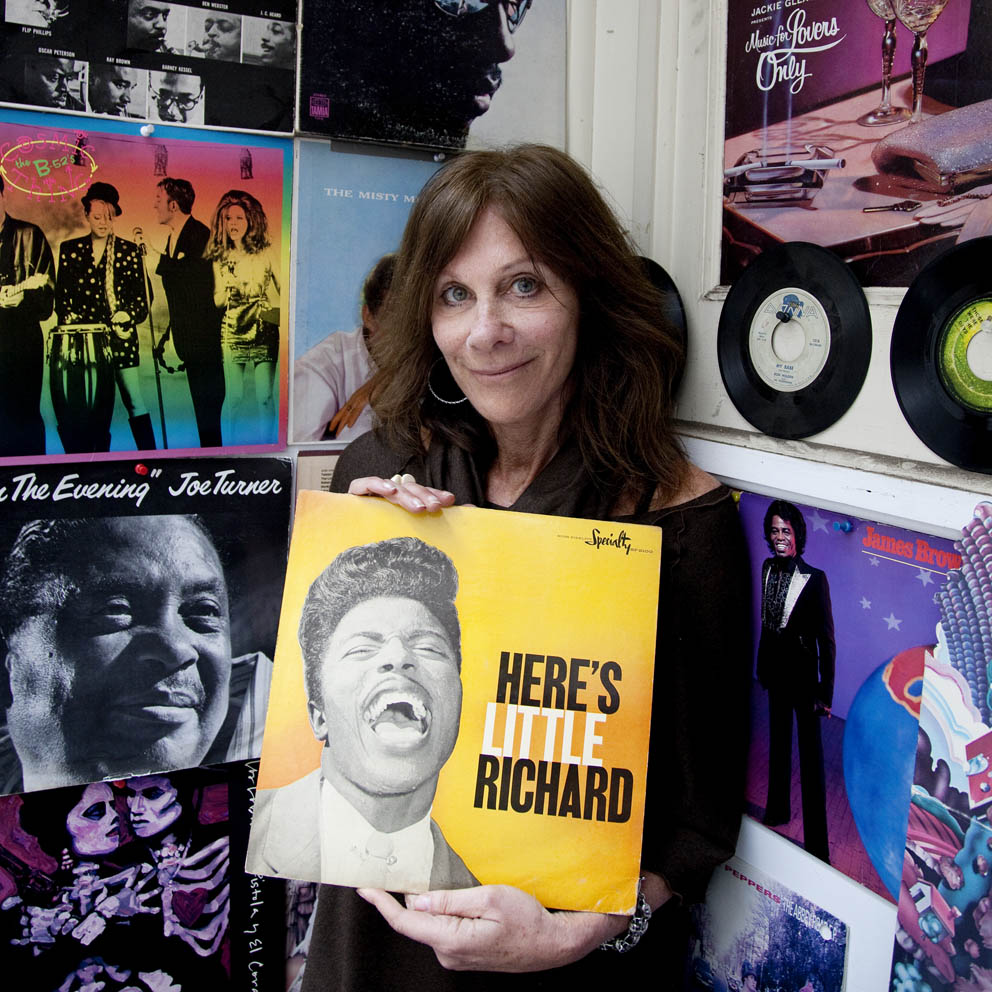 
“It’s Here’s Little Richard’ and the reason it’s so special to me is because when I lived in Detroit I was about eight years old and I had a doll’s house made out of tin and this song came on called Long Tall Sally and I’ll never forget that moment in my life because I started running in circles around the doll house.

Something like snapped inside of me and I kept running and running in circles and circles until I actually ran into the doll house and I cut my lip and had to have stitches, I have a tiny little scar here.

I just freaked out about Little Richard and I made my mother get me this single Long Tall Sally, when I played it I started running circles around the house – it my reaction to Elvis was one of love but Little Richard set something off in my being and when I was nine they realeased this album ‘Here’s Little Richard’ and I never had an album, I’d only had singles and I only had a record player that played singles but I loved Little Richard so much – and my mother was a working mother so to buy a long playing record player was an extravagance for us.

But she knew how much Little Richard and Long Tall Sally (laughs) meant to me so she got that record player and I used to put it on and just go crazy – crazy in front of the mirror dancing, holding onto the door knob and dancing , doing this dance that I called ‘The Chicken’ and that was really the beginning of Rock ‘ n’ Roll for me.

WE: “To continue a little, I guess that’s what lead to your whole love of music and largely shaped a lot of the things you’ve done do you think?”

LG: “No I think that my parents divorced when I was just about four years old and it was music whether it was the music my mother had you know – the Andrew Sisters, Rosemary Clooney – the songs that I would sing at camp with the councillor – there were so many moments where music was my conective tissue to love.

So I feel that this kind of universal language that the music speaks – because you don’t have to know what the words mean – I still don’t know – excuse me - what the ‘bleep’ Bob Dylan saying! - But it gets to me.

So Little Richard was only an extension into how my body could feel music - could actually do to set me into a tizzy.

It tripped – I thought – this is freedom!”