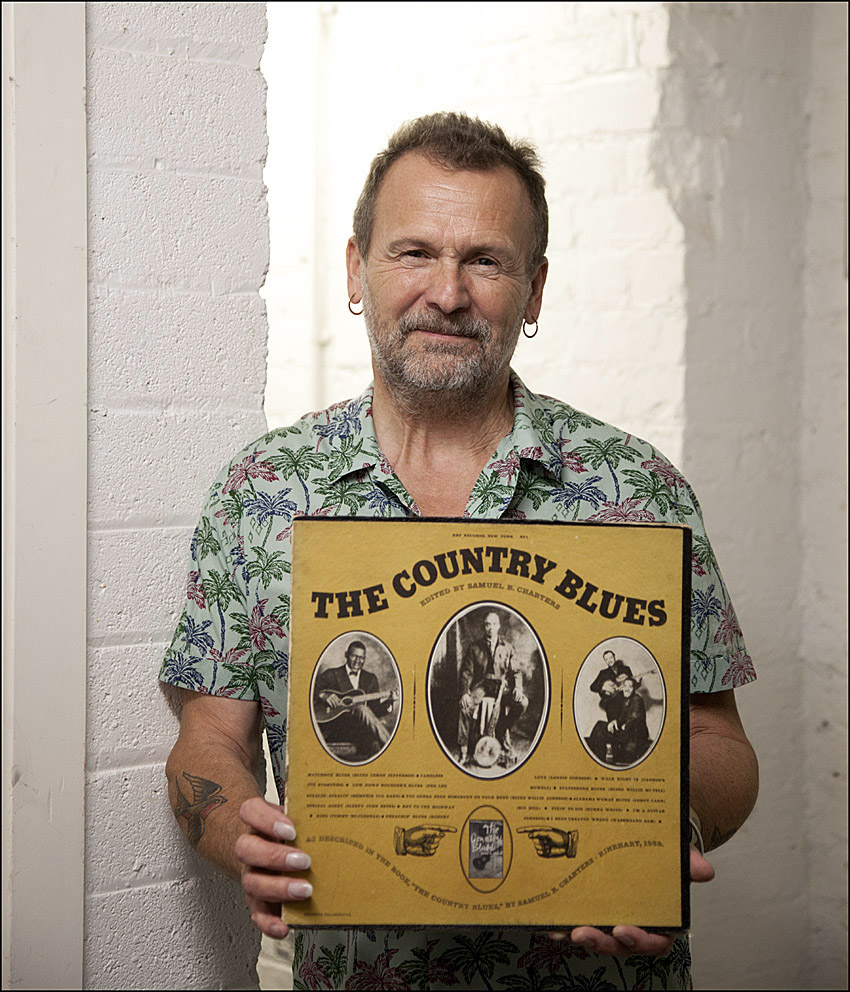 
WE - “Martin, you’ve very kindly chosen a record that’s very special to you, I wonder if you could say what it is and why it’s so close to you please?”

“I can with great pleasure - it's 'The Country Blues' edited by Samuel B. Charters on RBF records out of New York. And this came out in 1959 to accompany Sam Charters book of the same name.

Now I'd heard blues, I had two older brothers who had blues records, Big Bill Broonzy, Muddy Waters, stuff like that - but this - this compilation completely opened the door for me - it changed my life.

I mean the breadth of what's on here is so extraordinary - from Leroy Carr's beautiful, gentle, sophisticated piano playing to Blind Willie Johnson tearing it up, both in terms of slide guitar and vocals. Robert Johnson, you know.

It's an extraordinary collection - I don't think in a way it's been bettered just as an introduction to country blues you know..

It's extraordinary and I play it all the time still.

WE - This actual record?

MS - This actual record. I never gave it back to the guy I borrowed it from.

MS - “And he saw me for the first time s few years ago and was like ' Martin Simpson'  I said 'David Todd' and he said 'yeah - you thieving bastard'!”