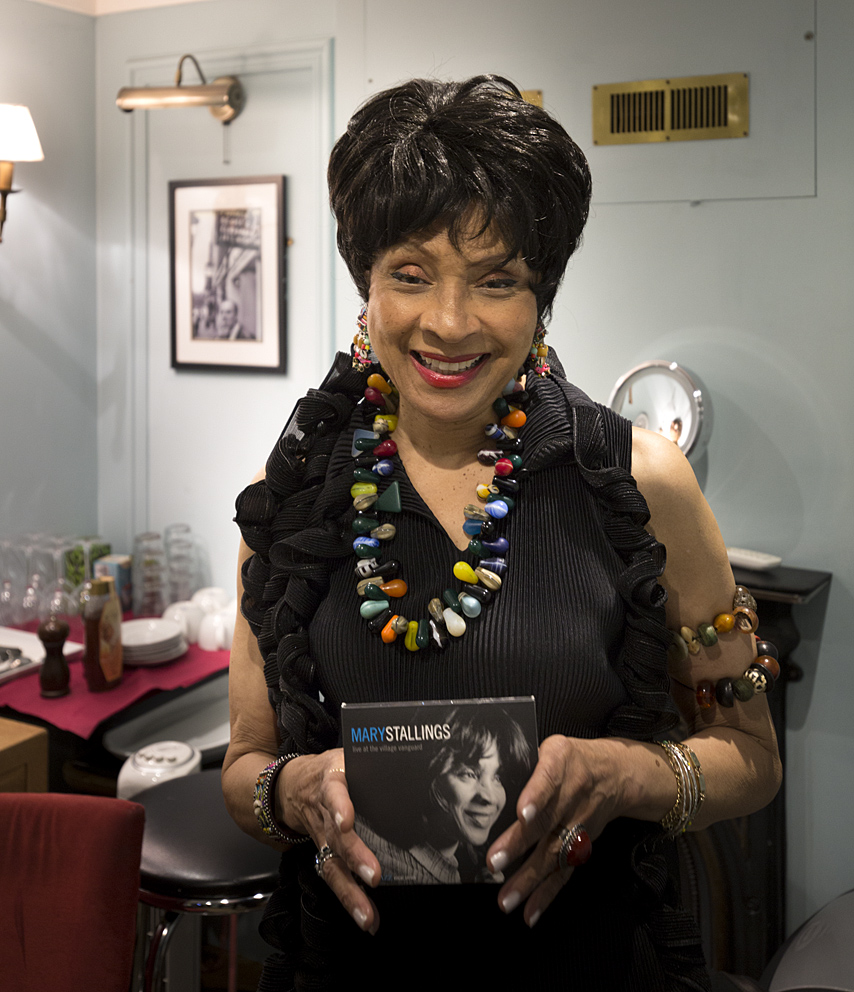 
 "Well, in the first place that was the first live recording that I've done, you know, after, after taking some time out from business and recording with several other labels prior to this recording.

And just the chemistry, everything was right. Actually, Lorraine Gordon pursued me and she said she's trying to find me for three years. And I can tell you how many people she's, you know, tried to, to get me to work her club - Village Vanguard. And so one day - she got my card from somebody and she called me on the phone herself. And I remember I was, was sleeping and woke up and she says, Well, I always imitate her - 'Mary Stallings?' I said yes, she's speaking. She says 'oh boy. I've got her. I've got her on the phone right now.'

And she was so excited. And I said, Lorraine Gordon from the Village Vanguard?

She said, 'Yes, I was going to explain it. I've been trying to get you girl for for three years and finally I gotcha.'

So anyway, I got a chance to perform - work at her club and at the same time I was fortunate enough for the Richard McDonald from the Maxjazz Recordings to summons me - he came out to San Francisco to hear me because he knew I recorded with Concord - I did three projects and he found I was not going to be with anymore because Carl Jefferson, the owner of the recording company, passed away. So anyway, he told me he would love to do some projects with me and I said - oh, of course!

So we did some business and and at the same time Lorraine said ‘It will to be wonderful. You know I've never had another singer to perform and you know, I'm not I really want you to do this.’ And I said oh Lorraine!

So it was really great. So History - she made this happen with along with with MAXJAZZ. So I was thrilled to do it because this is my favourite because it's live. It's really truly I think me. Closer to being me. I'm better myself you know when I can tell a story to people around me and they were just embracing me that night, you know - the audience and, and working with Eric Reed for the first time because I've heard of him so many years you know, this young kid out here killin’ it.

So we came together and did a couple of concerts together and out of out of that this happened. Yeah, so it is my favourite because as I say is closer to being me.

You know - (it shows) the many faces of Mary Stallings I feel, because it shows my roots, my gospel roots, but I kind of have a thing for classical music, and I think there's one song that kind of gives the range of what I really do.

Because just hearing me, you know, ‘straight’ I(but) to really know me is a variety of things that I feel and I have purposes for most of things that I do sing and sometimes some helped me to embellish a little bit more than then I would normally do.

So, like I said, it's just a good feeling and good people in the audience and it was just so excellent night. A night for me to really remember.”

Mary “Oh it's my pleasure.”