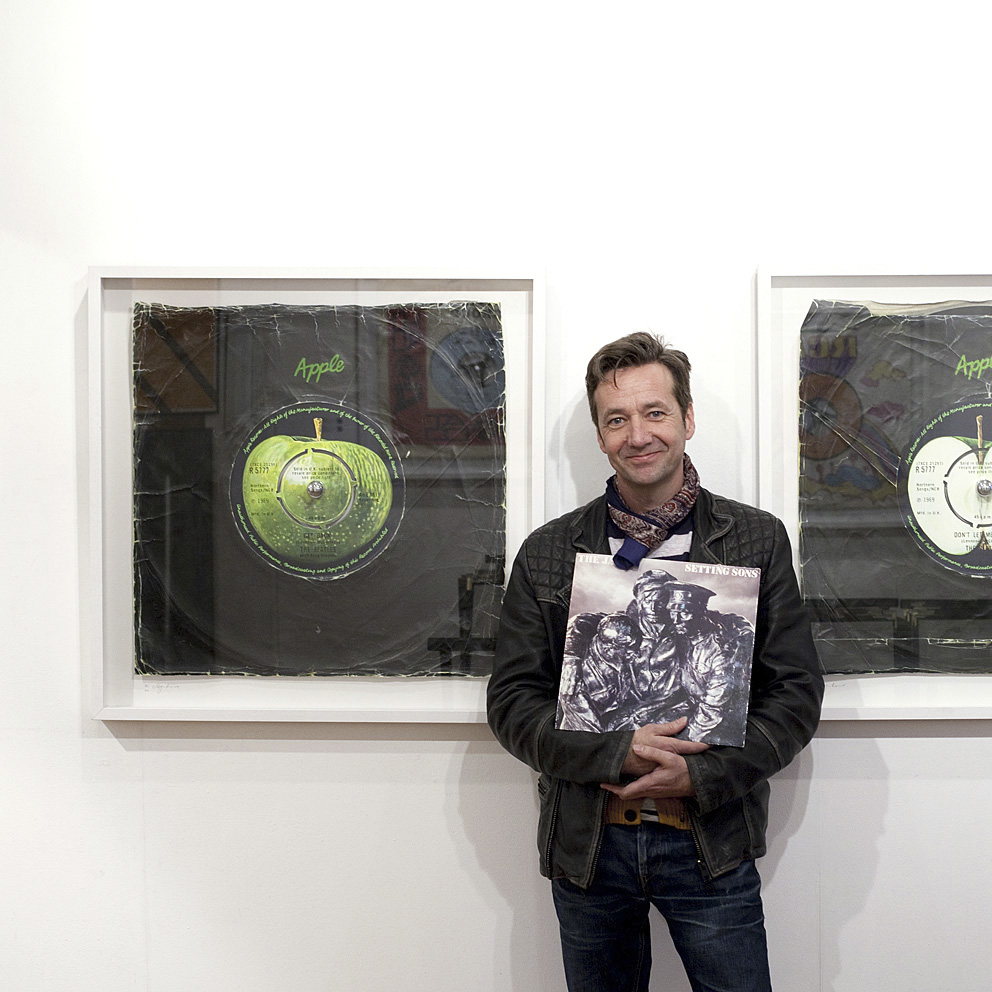 
“It’s Setting Sons by the Jam which came out in 1979. I was fourteen and I remember the whole Mod thing coming in.

I used to work on the market with my Dad – my Dad’s an artist as well, and we’d sell his paintings from a market stall in St Albans where I was, in inverted commas ‘working’ for him for some pocket money!

I remember the earlier Jam stuff but I think this album has got some great great songs on it.

It’s notionally about three friends before the war knocking about on the bomb sites and what have you - then actually going into battle - you never know what war it is.

They’re all beautifully written songs - really catchy - quite difficult to play. I was in a band at the time - we never actually worked out how to play many of them.

It actually ends with the only poor song on the album which is Heatwave by Martha Reeves and the Vandellas.

Now, we played Heatwave in my band and one of the first paintings that I produced – I paint giant facsimiles of 45s, was Heatwave by Martha Reeves and the Vandellas. We used to play the 45 over and over and over again to try and work out what the words were and wore the bloody thing out!

We never figured it out so we just used to sing the one verse over and over again.

That was the first painting I did because that song meant so much to me. At the age of fourteen my big sister Melanie - who’s ten years older than me said “well look if you're a Mod and you’re into The Jam and all the rest of it” - and then she showed me all her 45s – “you'd love Tamla Motown, Stax and The Yardbirds and The Small Faces.”

And suddenly I’d found this fantastic collection of sixties music, and as a sort skinny spotty little fourteen year old kid it made me quite cool amongst my peers.

It meant I could stand up straight and have the sort of cocky attitude I’ve had for the rest of my life really!

So when i was searching for something to do as an artist, thinking back, it was that moment that sort of defined my life really and a lot of the songs I listened to then have made me the way that I am.

The friends you meet, the way you dress it all started then so this album just came on the cusp of that before i discovered all this other stuff - which of course Paul Weller was influenced by – but I didn't know that at the time.

So although i was into all sorts of other music, jazz – I play guitar – not particularly well but I play the guitar and lots of the albums on my shortlist are great guitarists like Brian Setzer from the Stray Cats, I’ve got a beautiful album, a George Benson album callled Summertime.