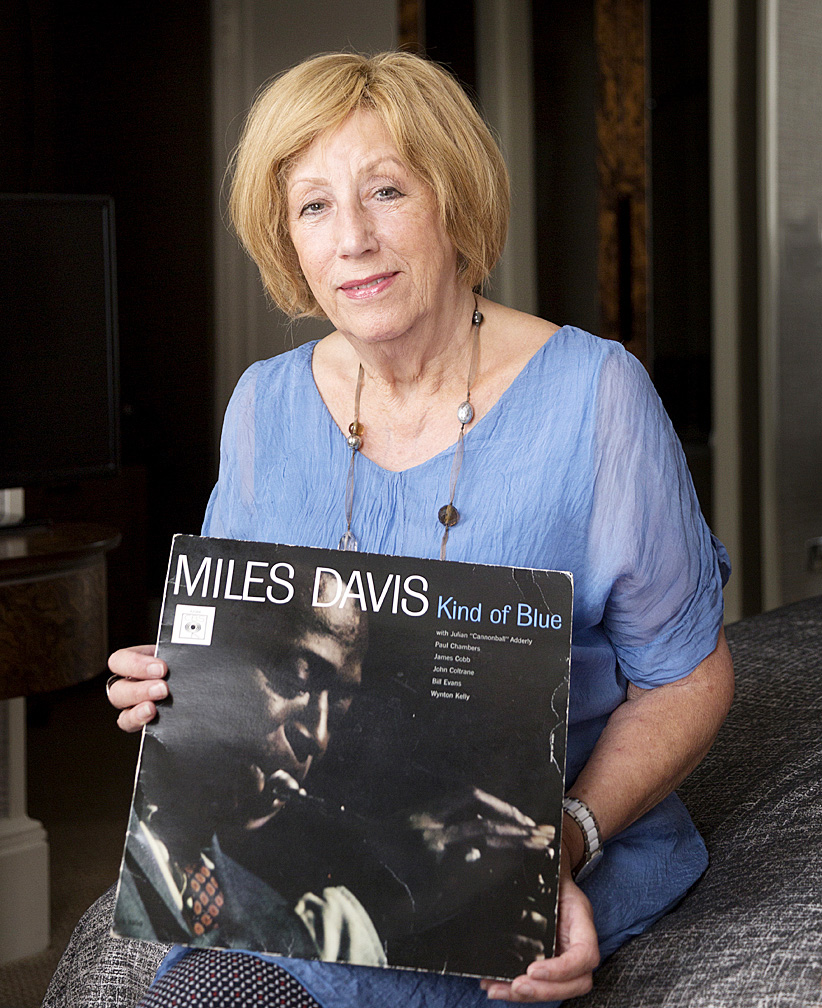 
“Well, it's Miles Davis “Kind of Blue”, I'm sure loads of people chose this one - I had to chose it because it had a profound effect on me. I don't know how many other albums I'd bought before then but I think the first one that I ever bought and I saved up for when I was at school was “Ella and Louis with the Oscar Peterson Trio.” And I was also very affected by Dave Brubeck’s quartet with Paul Desmond and I found that I was listening to the solos, I was learning the solos, I didn't realise they were improvised because Paul Desmond was so clear in the way he played and you could actually copy it. But, I think I joined a club and we saved up so much a week and then this guy would come round and he'd say 'Well this albums new ... and this ones new .. and I can order it for you' , and he said 'there's a new one by Miles Davis, John Coltrane “Kind of Blue” and I thought 'Oh have to have that!'".