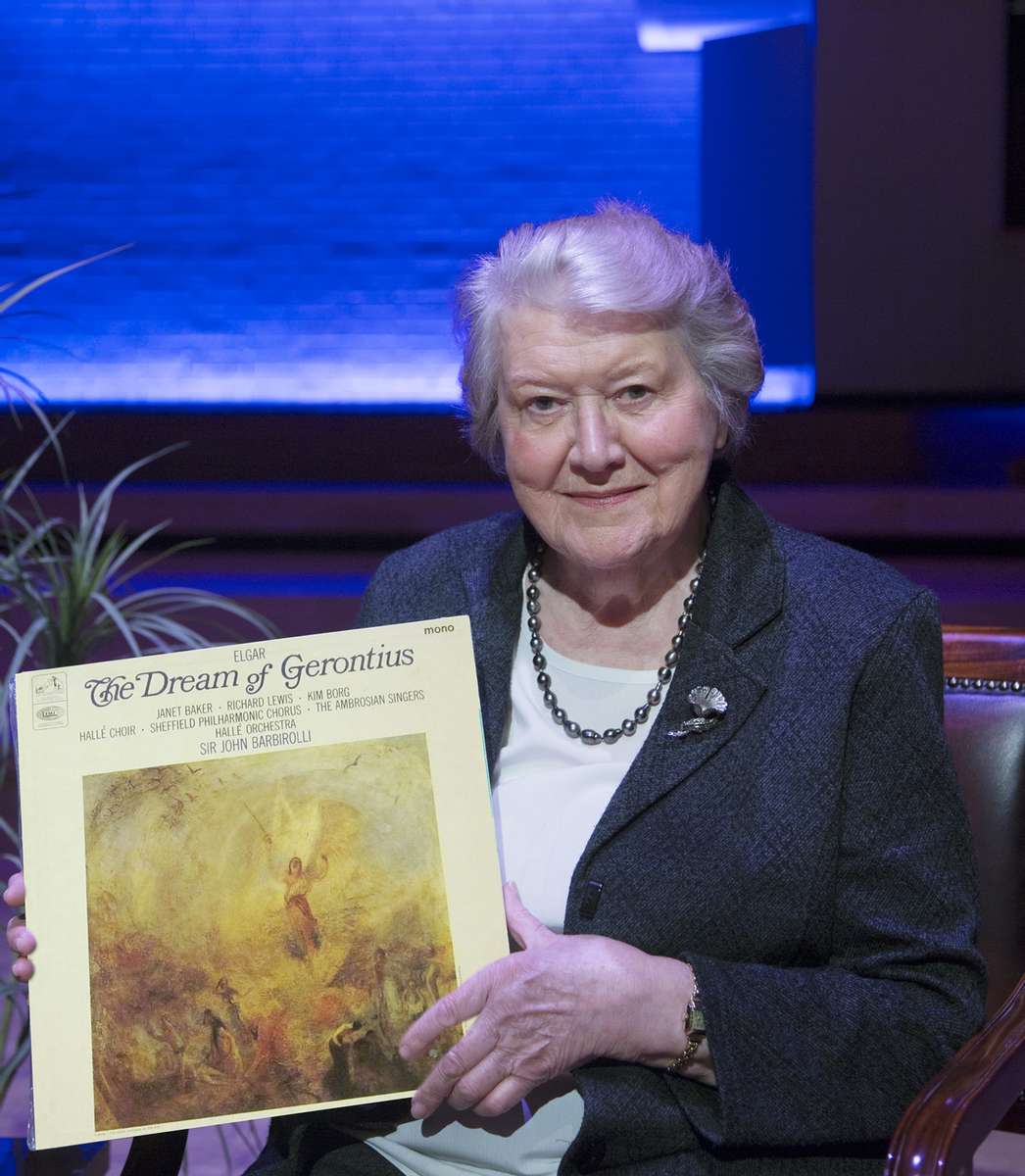 
"My very special choice is the Dream of Gerontius by Edward Elgar. A great work, a great choral work, and particularly I’ve chosen the performance recorded by Sir John Barbirolli, beloved of Manchester of course, and led the Halle for years, and with Dame Janet Baker as the angel, I wouldn’t have anyone else, although I did see and hear Kathleen Ferrier when she sang it in concert, with Richard Lewis who I thought was a great tenor, and Kym Borg. I love the record, it means a very great deal to me, and I have given it to people on significant occasions."