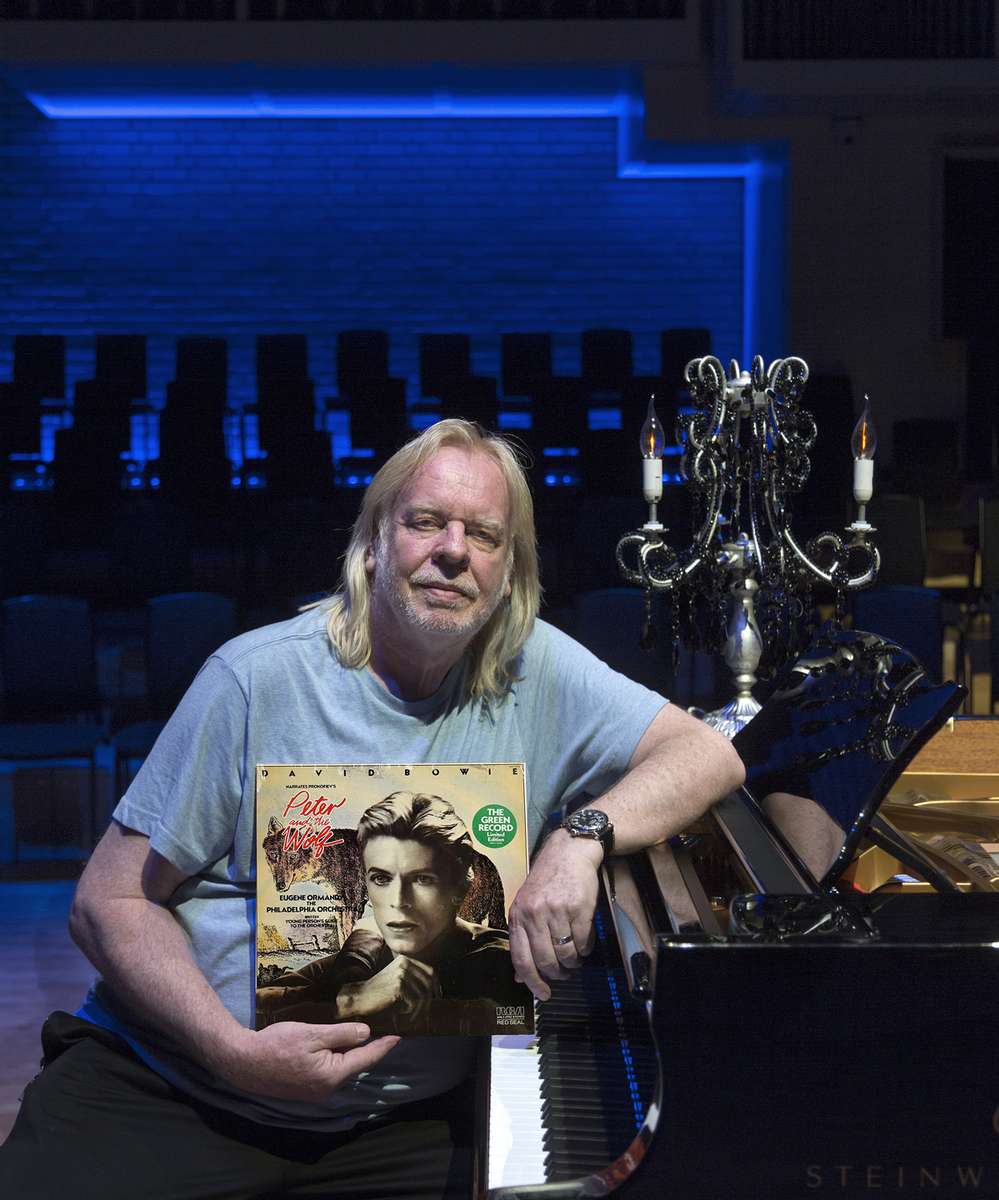 
"It’s Prokofiev’s Peter and the Wolf – actually also on the album is Benjamin Britten’s The Young Person’s Guide to the Orchestra as well.

When I was about 9 years old my father took me to see a performance of Peter and the Wolf. I just thought it was so magical because here’s somebody telling a story to music and I just was in raptures. It was the actual inspiration for me all my life to want do stories to music which is what I went on and did – Journey to the Centre of the Earth and King Arthur * and those kind of albums. It was purely thanks to that trip to see Peter and The Wolf.

I always thought Prokofiev was a total and utter genius and fell in love with all his music from that day on. The interesting thing is this particular album has David Bowie narrating it – I mean I’ve got so many versions of different people narrating it, but because of my close relationship with David working with him, being a friend and he does it extraordinary well – he really does do it well. He has almost the perfect voice for doing it. To me he even beats Peter Ustinov’s version which was pretty sensational which I’ve got and some appalling versions like Barry Humphries!

What’s interesting about this particular version with David Bowie is – as I said also on the record is Benjamin Britten’s Young Person’s Guide to The Orchestra – which I’ve narrated, I’ve done it with a couple of orchestras.

But what’s really nice for me as well is I live in Norfolk only about 35 minutes from The Red House where Benjamin Britten was, so I visit there a lot. I know them all there incredibly well, in fact I’ve modelled my music room – outside in an old rebuilt carriage (store) – almost identical to Ben’s room – Benjamin Britten’s room. I’ve been lucky enough to meet some of his students and people who worked in choirs and things and that with him – that’s really nice.

And so to have this particular album that has both the piece of music that probably inspired me to compose in later years, to have David Bowie doing the narration – such a great friend and having worked with him on so much stuff, and then as a bonus track having The Young Person’s Guide to the Orchestra, living so close (to Britten’s Red House) – and some of Britten’s choral work – great influence – to me it’s the perfect album."