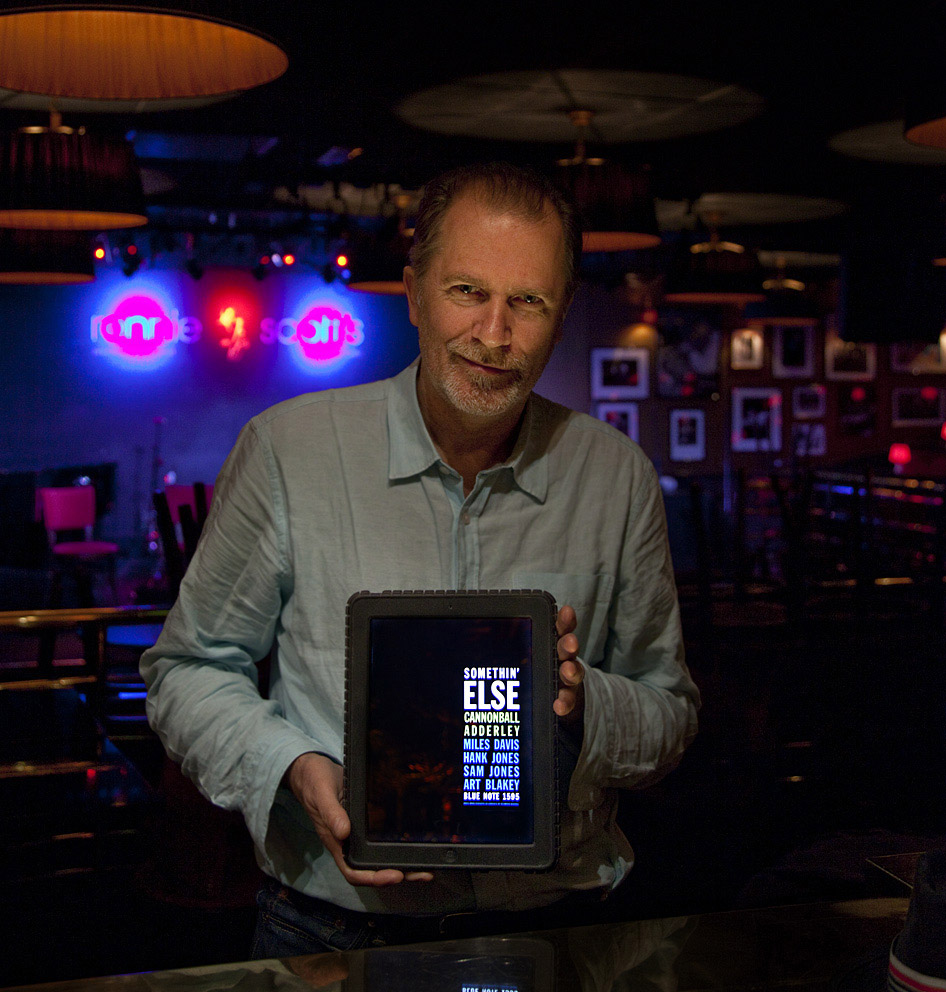 
""It’s an album called ‘Somethin' Else’ by Cannonball Adderley.

I’ve had quite a bit of time in the rock business but then I never really felt at home.  As soon as I leaned over into jazz I felt very much that this is where I’m supposed to be.

I used to go to jazz gigs in pubs when growing up in the North, but I never really knew much about the bigger names, my father was a trad fan, he didn’t think that much of the modern stuff so I was a bit in the dark and looking for guidance. Knowing the artists wasn’t as easy as it is with rock artists or pop artists, they were all over the radio; modern jazz was just not as accessible.

So, much as I knew that I really liked jazz and went to pub jazz gigs, I was really struggling to buy albums that would reflect what I liked.

I came across this album many years ago and I played this and thought ‘that’s the stuff I really like’.  So it became a kind of introduction that set you off in a direction that you go ‘so ok, what else came around this?’.

It came out in 1958 and I think I always looked on it as ‘Kind of Blues’ slightly cooler, older brother strangely enough.

I quite liked that because it came out a year before and Cannonball and Miles are on the album.

So because it was my introduction to what became a huge part of my life, the jazz world, I’ve always looked upon it very very fondly."