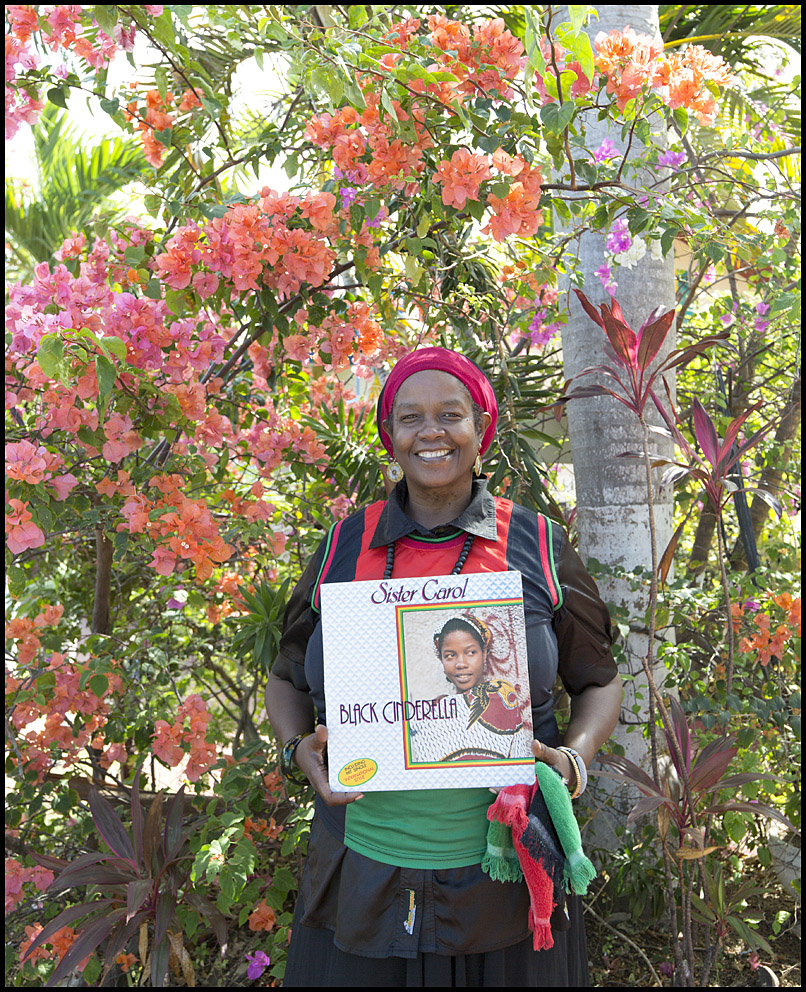 
“First of all blessed love and greetings William. Greetings to all the ones who are tuned in here and now and that will be tuning in later on. I am Sister Carol the original Roots Star out of Kingston Jamaica, yeah.

And I brought here with me today my second album entitled “Black Cinderella” on the Jah Life record label.

And this record means a lot to me because not only the song - my very first single that debuted me to the world, it's also the name of the album and it's also personifies who Sister Carol really is as a “Black Cinderalla,”

This record it means a lot to me, you know, and I brought it here today to be a part of the One LP vibration because not only it’s a classic but it's really a true collectors item. And something that I'm really proud of and this was thirty five years ago and thirty five years later we can still look on it and say wow the work still stand up strong’, fresh, vibrant, full of message, full of vibes, same energy that transcend from that time to this time.

So I give thanks, yeah - Black Cinderella.”