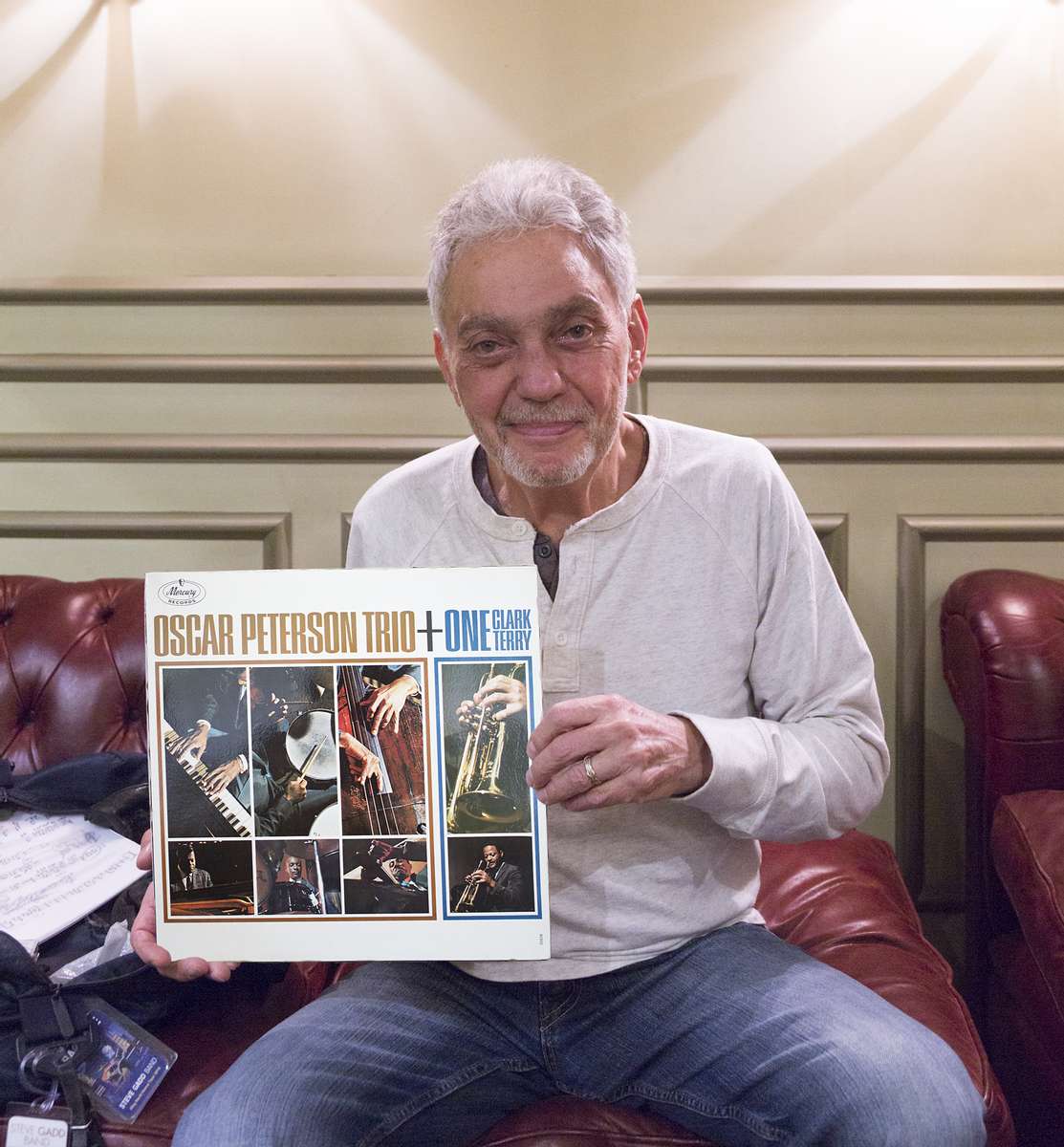 
“It’s the Oscar Peterson with Clark Terry and I just of when I was young and which albums I would play over and over again and that was one of them that came to my mind as one of the first ones.

You know there’s been many albums so it’s not easy to pick just one but I figured judging by how many times I went back to listen was a good way to pick.”

WE - “Do you feel it was the instrumentation of the album that attracted you - maybe a slight departure for them both?”

Mr Gadd - “You know, I thought it was - I loved Oscar Peterson Trio and I love Clark Terry - the grooves were so much fun - that’s what I remember.”

The Oscar Peterson Trio Plus One - Clark Terry released 1964