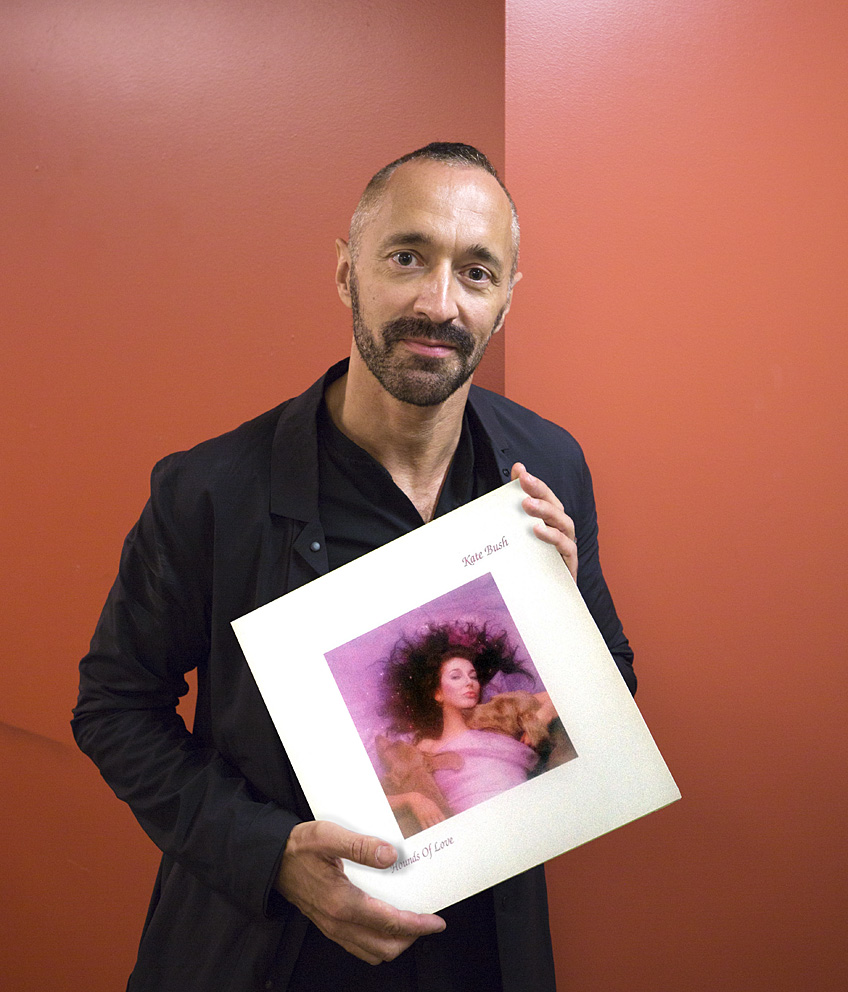 
“It’s very easy, actually - it's Kate Bush “Hounds of Love” which is really my favourite LP because it is conceived for for the LP format.

It has two sides that are quite different. The second side - the B side has songs about all that water based on a Lord Tennyson poem. So I love the idea of really using a format like that like saying, ‘here's one thing’ and then on the other side, ‘there's another thing’.

I think this this is a sort of a breakthrough record in pop music in general because it also deals with layering of sonic space, also doing some ambient layering - Eberhard Weber is playing bass on this record and that should tell you something about what the sonic space is that in these songs.

And it's a very iconic record because of where it was in my life in '85 - I graduate high school and so that record was sort of at the at the cusp of becoming a musician/artist coming from childhood. So it's a very important record to me that way I think musically It is so esoteric and weird - that as a pop record at the time,

I don't know if it was received in a way that it that other records that other pop records can be received because it has so much content - and so much weird content weird - I mean, in a good way, yeah - and not understandable on first, second, third or fourth listening. And it was only when I took on Kate Bush’ repertoire for my project in which I sort of took her on as a composer and rearranged and reshuffled her music for a jazz ensemble - for a small jazz band, that I understood some of the songs.

I mean, “There's a Dream of Sheep” is one of the songs it's a very beautiful, almost lullaby kind of song and I wasat offices a lovely little, littlelullaby, but it actually is a song From the perspective of somebody who is drowning or dying in a shipwreck, or in a plane crash in the ocean, and wanting to be saved, and praying or hoping to not fall asleep, that's an incredible metaphor for life, you know, to not fall asleep and drown, but to just stay awake. And I didn't understand that as you know an 18 year old ago, ‘this is a pretty song’.

So the depth and the scope of her work only became apparent or only became really clear to me when I delve into it as an arranger as an interpreter, not as a listener only. So that's why I wanted to choose this record.”