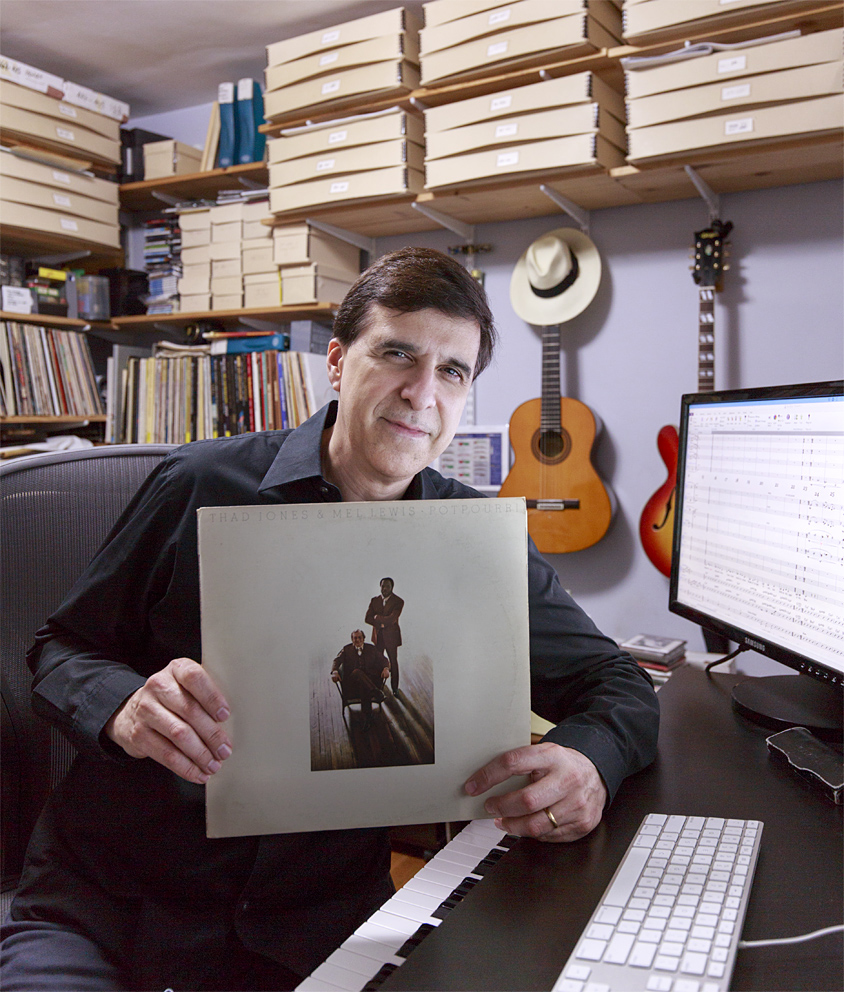 
"Well this is the album called Potpourri from Thad Jones and Mel Lewis orchestra. And this record, for me, came at a time in my development as a musician that - I was a young trumpet player, an aspiring composer, living out on the East coast and the lure of course of New York and the sound of New York. Tthe studios, the musicians living there was very strong to me: but also just in terms of how I was going to shape my voice as a composer and what my records could sound like, all appeared on this record for me. And the idea that, if you know the history of the band and how it started out with Thad and Mel as a collection of New York musicians that wanted to try something new - you know, to be together and play and the organic nature of how that group came about. I don't imagine that they had any idea of how iconic the sound of the band would be with Thad's writing. But it's really the essence of what we all aspire to as jazz musicians, to bring together great musicians who have a similar point of view. To bring together a vision of improvisational music and put it on record.

And so that was, for me ... this record was an example of what a record could sound like, what a band could sound like. And most importantly how we can take a traditional ensemble, a traditional style, and make it so unique and open the doors to what the future could sound like. And that was a very important moment for me with this record. And so, the pieces in particular, the way that Thad writes expanded forms and how he of course voices the chords in the band and how he writes in a very linear fashion, which has been a sort of banner that I've been carrying for many years as a more linear approach to writing for big band. And he was a perfect example of that at the time. Then the rest of it of course is the people on the record and ... so many great players and soloists and then they all had a way of shaping this orchestra in such a unique way.

Do you know this record?

There is one ballad on it that I just ... It's called 'All My Yesterday's. Jerry Dodgion plays the solo on it and it's such a beautiful, beautiful ballad. Quintessential Thad Jones writing and lyricism, you know. And maybe the thing about this record is that it's a perfect combination between rhythmic vitality and lyricism and that's the thing that made the light go on for me."