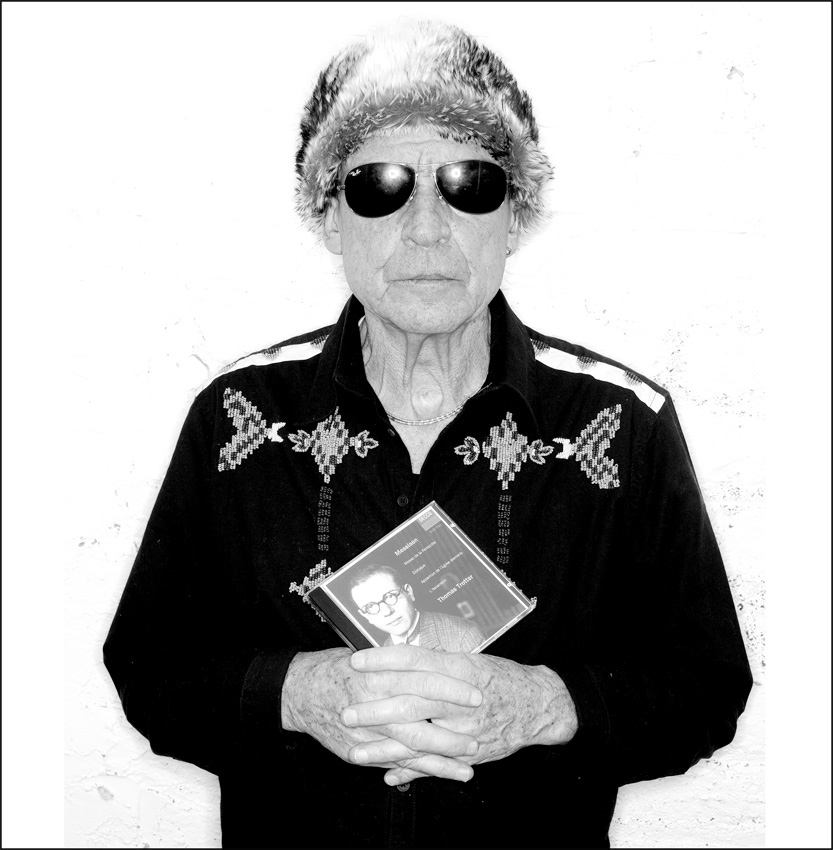 
I was very sad to hear of the passing of Jack Bruce and would like to share with you my recollections of once meeting him when he kindly agreed to be in the project and how he has been an inspiration to me from an early age.

I’ve played electric bass since I was around 15 when a school friend who was having guitar lessons asked if I would like to try and get a band together.

I got a Hofner Senator bass for Christmas and set about learning to play Willie Dixon tunes – twelve bar blues and rock and roll.

As my interest in the instrument grew I became aware of other players – Jack Bruce was at the forefront.

Even with my very limited outlook I knew he was like nobody else and he became my bass hero with Cream.

I heard that he was playing at Band on the Wall in Manchester I decided to approach him with the help of friends at the wonderful venue to invite him to be in the One LP Project.

It didn’t start well, Jack’s response to the invitation was not positive – in fact he thought it a stupid idea.

I wouldn’t give up and decided as he was on tour - and quite understandably perhaps he hadn't had the time to get the full information so I wrote again clarifying things and emphasising the key interview aspect.

It turned out Jack’s initial impression was that it was just a photograph of him with the record.

So I understood his initial reticence – particularly from the point of view of a man who had survived everything and every situation thrown at him through the sixties and beyond and wouldn’t waste his time on stupid ideas.

He kindly agreed and we arranged that the shoot and interview would take place during the first set when his 'Big Blues Band' with another bassist were playing and Jack would have time to get in, relax and do the session.

So I set the light up - in a white room, tested and waited for Jack to arrive, soon he came downstairs with his road manager.

I introduced myself to the road manager and was told that Jack would do the shoot after the show, which was not good news in as much as I knew he would be tired and perhaps less inclined to go ahead.

I had brought along a mounted print of Charles Mingus’ beautiful carved Barbary Lion bass head for him as a gift and gave it to his road manager, who was so helpful, I'm sorry I can't remember his name.

He took the picture into the dressing rooms to give it to Jack who almost instantly he flew out of the room asking me in the manner of a barrister: “Who had the bass?”

I was surprised at this question and replied (and quickly I can tell you) - that Sue Mingus had it and I’d photographed it after a performance in the Old Fruit Market in Glasgow.

Acquitted of implied charges he thanked me and returned to his dressing room.

Exciting times - I’ve no idea why he asked except perhaps in a protective way concerned about who had access to such a unique historic instrument.

I stripped the light - a Bron pack and ring-flash, and went up to the concert as Jack was preparing to go on at the side of the stage, I took a few frames but was being very careful not to get in his way.

After he went onstage I noticed his spare bass and I thought – now or never – I asked if I could hold Jack’s spare bass – his road manager obviously could spot that I was an absolute fan and said ok.

I feel a bit silly telling you this but it's part of the story of how special - and challenging the evening was from my perspective.

I took some photographs during the performance and a few minutes before the end I went to set the light up again and wait. Shortly afterwards the guys came down the stairs and Jack headed for his dressing room.

After around 10 minutes I knocked on the door, really not knowing what to expect. I know it’s tough on the road and every moment you can relax is important, I wouldn’t have blamed him had he finally declined but thankfully when we spoke he was still up for it.

The session is usually done in 3 – 4 minutes, I like to work fast to capture the energy as thoughts and emotions come to mind when people connect with and talk about an album that’s very dear to them.

Back to Jack, we were at the last crucial stage and I felt we'd been through quite alot together in a couple of hours.

I felt somehow and we might be right on the cusp of something special when Jack said:

He was offering to do a lot more than he needed to do; he was collaborating with me to create the picture.

Jack left for a moment then came back into the white room and stood just as you see him in the portrait, hands just so.

- or maybe it was a disguise.

Throughout his career he had always played the music he wanted to and if that meant being a rock star from time to time he did it.

He spoke about his One LP:-

"It's called “L'ascension” by Olivier Messiaen who was a French composer I have loved for most of my life.

Why I love his compositions is he shows that music has always existed.

Humans only stole it.

We borrowed it but it's in nature.

It holds the universe together; ask any skylark or ask any blackbird they'll tell you."

I was mesmorized when I heard this prose from a truly great artist.

He had transformed what at times had seemed a hopeless quest into an unforgettable touching experience which I shall always treasure - working with a boyhood musical hero of mine who was heroic in his life’s art in so many ways.