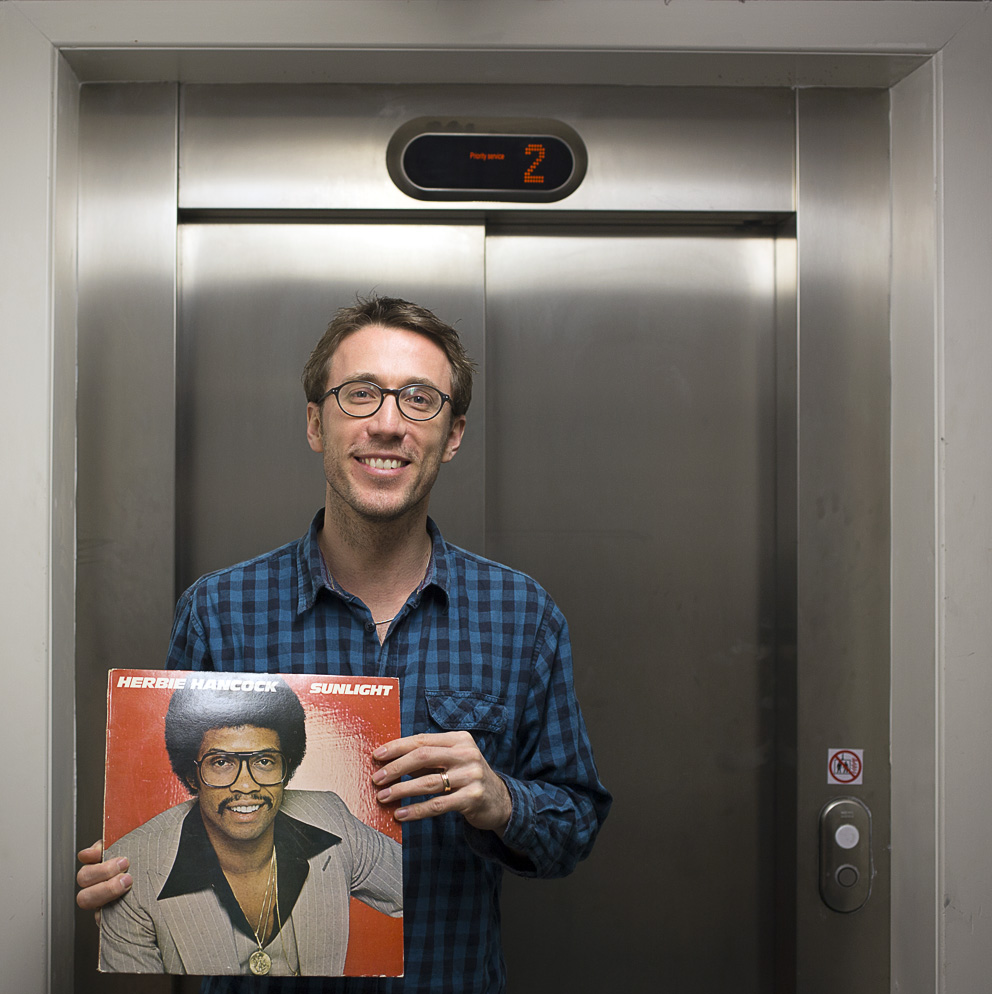 But if it has to be one then it would be an album called 'Sunlight' by Herbie Hancock which I first heard when I was 13 years old, on the way to Italy actually.

I was in a car and I'd just bought this record on CD and I put it in my little CD player and I remember being sat next to my dad listening to it on my headphones and it was just a kind of epiphany.

I felt like I was finally hearing a sound that I'd kind of always been looking for almost.  There's something about this album, it basically bridges the gap between instrumental groove and improvisation and then full symphonic classical arrangements and orchestrations.

So it's kind of bridging the gap of these two worlds in the most eloquent and groovy and original way I'd ever heard, you know.

And so, yeah, it was kind of like a very significant moment of inspiration.  I felt like this was my kind of template for a sound when I was like 13...14.

It's something I've, ever since, been striving to kind of recreate my own version of (laughs).

“¥eah, yes. I'd pretty much been writing since I was really young and trying to find a sound that kind of satisfied me but I was always, you know, trying to categorize myself whether I was like .. jazz - whether I was making a jazz album or a pop album or, you know, an electronic album.

And hearing this kind of made me realize that actually you know you can have all these genres together, they can work side by side and actually that's really exciting when they do you know.

Actually rather than thinking - categorizing yourself is a constructive thing - I think it can actually be limiting, you know... to kind of disregard genre as such and just sort of embrace all the music that I've come to love anyway is what I've started to do and I feel like this album was the initial inspiration of that.

The other thing is, just the visual, the kind of artwork itself is just legendary because it's just him and his kind of, you know, 70's attire with a gold chain and looking like really for disco times with his sort of semi Afro on the cover and then on the back you have this kind of laboratory of keyboards.

I remember just seeing it and just like. looking like the end of the rainbow for me.. just all these incredible analogue synthesizers and a Clavinet and just.. I just think it's such a cool way of kind of identifying where all these sounds came from and it's just him in the middle of this little kind of keyboard laboratory ... yeah great stuff.”