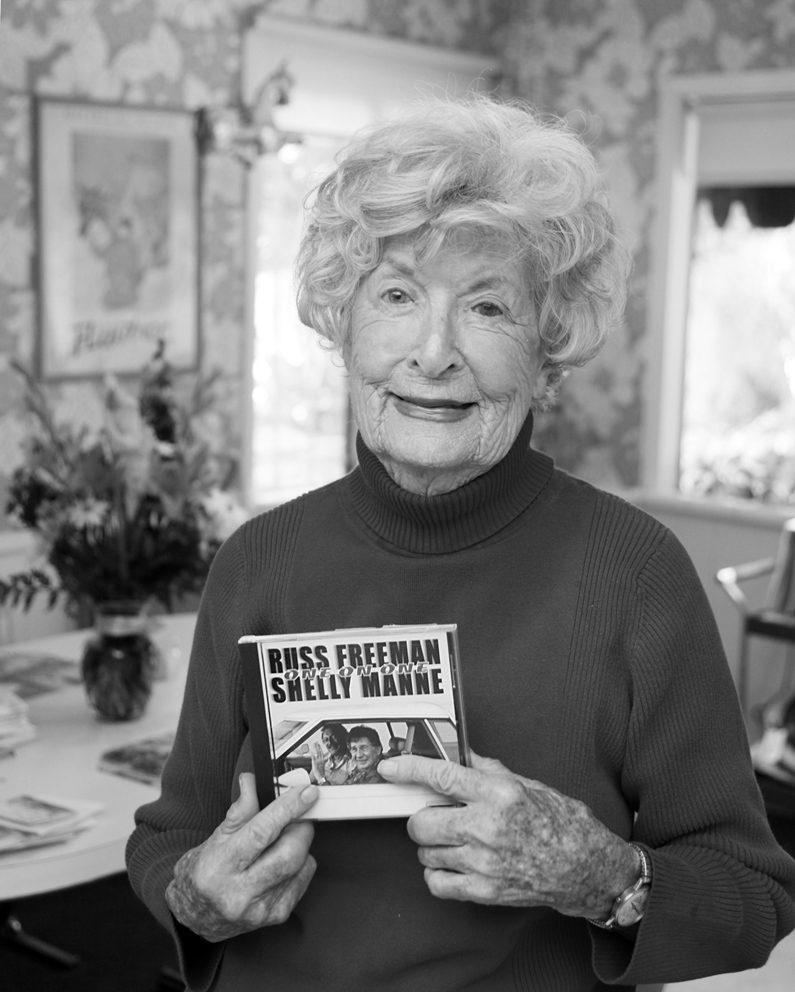 
"This is called 'One on One' - it's Shelly with Russ Freeman - he was a very good jazz pianist - unique.

He left the jazz world and composed for movies and tv - made a lot of money but stopped playing jazz!

This is one of the last things Shelly did - it's just the two of them playing off each other - it's very original.

Russ was a perfectionist and he didn't feel he could do it as well he used to so he just wouldn't play anymore, so it was kind of too bad."

Russ Freeman and Shelly Manne: One on One 1982