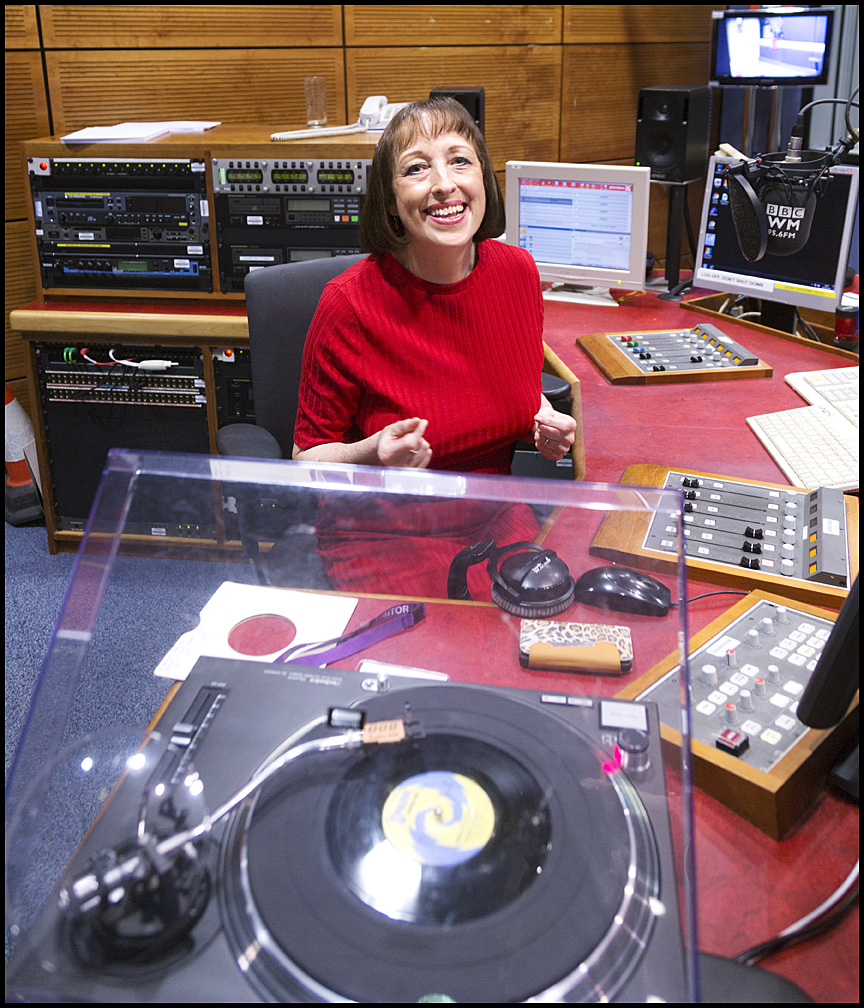 
“So, I’ve chosen this record because this is the one that really got me into Northern Soul . When I was about 14 I had a friend called Patrick, we used hang out together because our parents were friends but he was a little older than me so he was allowed to go to Wigan and I wasn’t. And when we had our evenings together he would play me the latest records he’s bought to see if I liked them and this is the one that I really remember as being the first one that made me think ‘oh yeah like this - 'Skiing In The Snow' Wigan’s Ovation.

I know it’s not the critics favourite but it did it for me and it’s got the brass , it’s got the beat of Northern Soul and so that’s why it really sticks in my mind of being the one that got me into it. It was along time after that I started doing my Soul and Motown Show on BBC WM probably when I was in my late 20’s - something like that and it was my idea to do a show that featured that music because it’s the sort of music that appeals to local radio listeners the fifty plus people are the ones who were listening to Soul and Motown.

It’s always been very much about the commercial side of Soul and Motown and my listeners are wide and varied.

Some of them just like the Motown some of them like the Northern Soul and so I try and just make it a good mix and I’ve always said it’s been Soul, Motown, Atlantic, Stax, Philly, Northern.

That’s the sort of mix that it is and what I play on the show, you know if you ask me - it’s really what’s in my head will fit the theme of the show. It’s difficult to explain to anyone, I don’t play new stuff - it’s very much a nostalgia show. It’s about the records that you remember growing up to, that’s why I think 'Skiing In The Snow' is important to me because it’s the record I remember that got me into Northern Soul, if you play it now it’ll always get me on the dance floor and that’s what the show is all about, it’s about taking people back to where they were when they heard those records first and that’s why I like to play the popular stuff - the popular classics and I do play the rarer Northern and rarer Motown it has to be said - often that stuff that people request and I try and play one or two of those per show - I wouldn’t play loads because I’m trying to appeal to a mass audience and I think on a Sunday afternoon on a BBC local radio station it’s about a variety of commercial Soul and Motown, the things that people remember and it’s going to get them dancing round the kitchen that’s what the programme’s all about so that’s where I’m coming from and that’s why I choose this record.”

Wigan’s Ovation: Skiing In The Snow