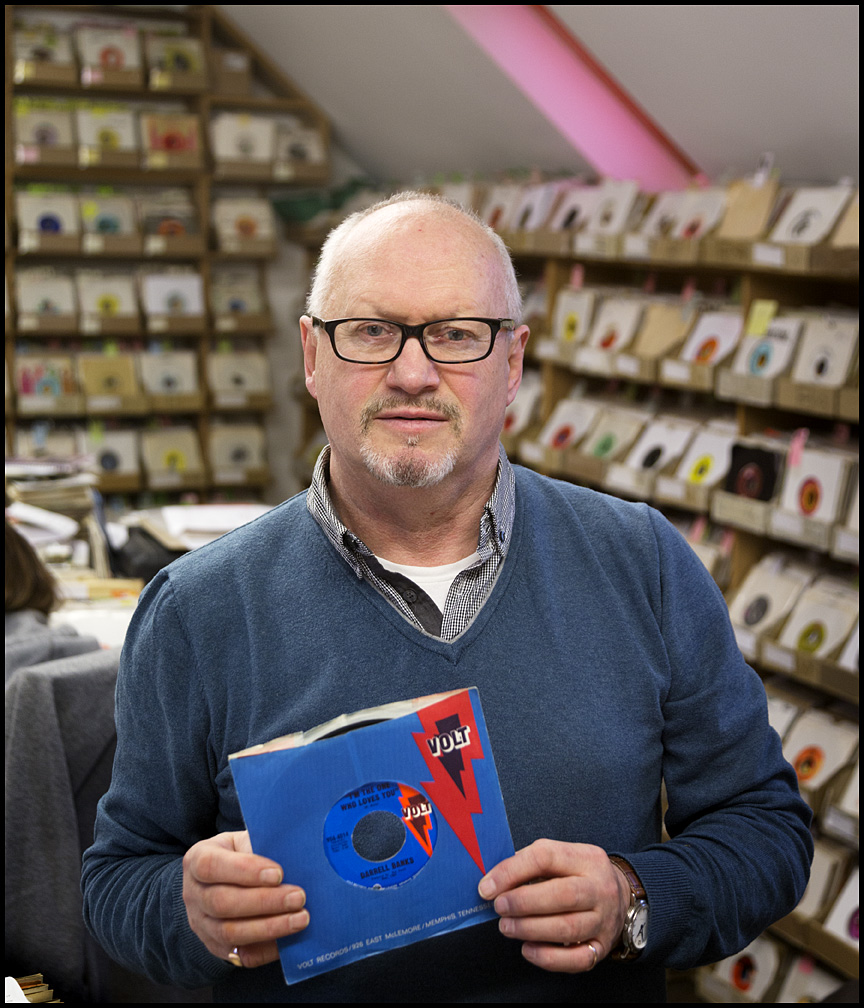 
“Itʼs Darrell Banks ʻIʼm The One Who Loves Youʼ. Itʼs Detroit - come out on Volt - a Memphis label, produced by Don Davis who had the Groovesville production setup. Nearly all Don Davisʼ stuff was stand out really, it was much better than the average soul record. This one - on so many levels itʼs my favourite. Itʼs a B side which is great because itʼs hidden away from the general public, itʼs been left to the English collectors and European soul fans to turn it over and play it and unleash a piece of magic.

And itʼs magic because Darrell Banks - a very sad story, he was shot, at avery young age, he was shot dead by his girlfriendʼs lover who was a policeman in 1970, self defence.

If you listen to the words, itʼs poignant, it wasnʼt written by Darrell Banks it was written by a different guy - but heʼs singing about ʻIʼm the one who loves youʼ, and he was killed.

Every time I hear it, I mean - Iʼve heard this now for 40 years it still does the same for me - still sounds great.”

WE - "It strikes me that a major aspect of the whole scene is discovering things - to put it mildly."

were kids we liked stomping, in yer face Northern Soul which made you want to stay up all night and dance all night.

This is more subtle, this is for a maturer ear and itʼs become my favourite over the decades and remains so, I donʼt imagine Iʼll ever hear another record thatʼll affect me like this.

Do you wanna hear it?”

WE “Yeah, love to John, that would be fantastic!”

Darrell Banks: 'Iʼm The One Who Loves You'