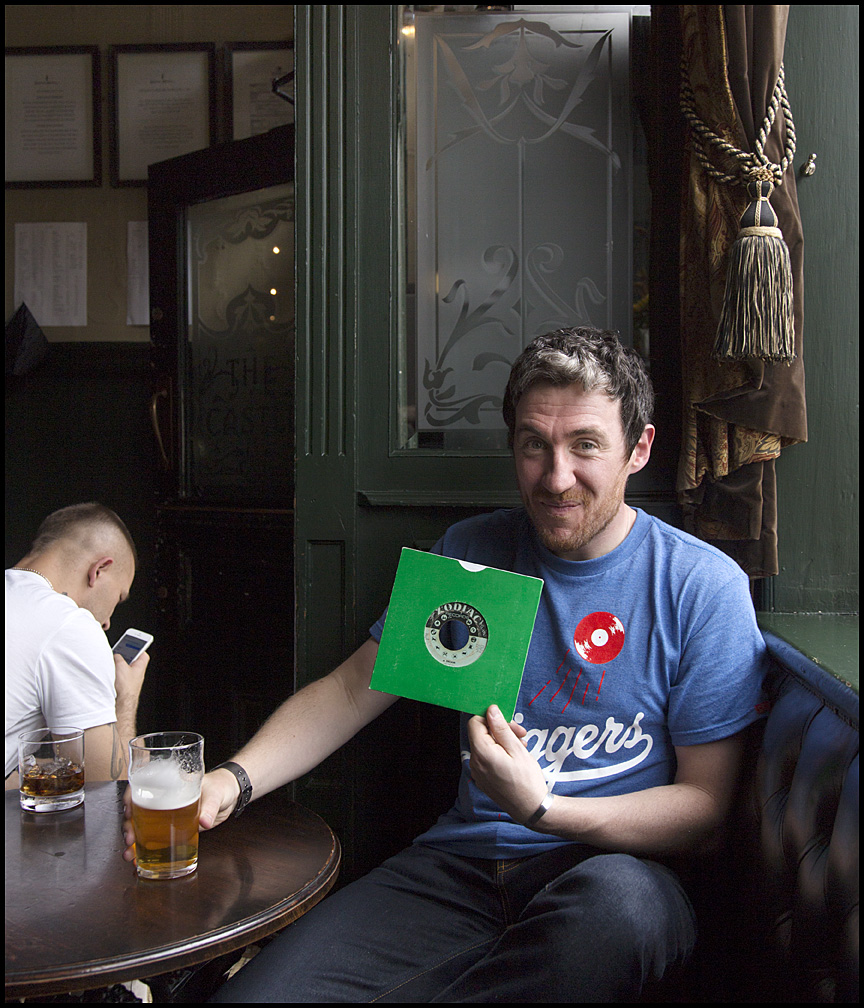 
"Yeah, and the single is The Creations, but they're better known as Brothers soul. And the track is 'A Dream'. And yeah, it was hard to choose, because there's so many, but this one sticks. out in my head. It just sort of captures, for me like essence of maybe Northern Soul or rare soul, and whatever you want to sort of title it as. I's a Detroit, you know, 60s records. The artists, as I say - The Creations but better known as The Brothers of Soul. More like three writers producers

and they came together met in a classic Detroit factory, come up with the name of it - I should actually remember the name of the song. It's more than more famous songs. And yeah, they just got together. Start writing - three random guys in Detroit in the 60s, sort of a cliche story and I think their highest they've cut something like maybe 8, 9 - 10 records something like that seven inches you know never had an album, never made it big but they actually ended up writing for a lot of people are they're very much the background guys but the track itself there's just there's something magical about it it's called 'A Dream' as well so but it is like a it's beauty personified for me lyrically it's heartbreaking you know he can't get with a girl but uh you know as long as he has a dream he's holdin' on you know and - or if you can dream about it it's good enough you know so much at meant and I think you can almost hear the sort of underlying context in it of that Detroit socially deprived in the ghetto trying to get out you know, if you have a dream, you know, that sort of, yes, got harmonies, groups of harmonies it's - it's just It is absolutely beautiful just the first day I heard it you know anybody I played it to they're always like - whether they be a soul fan or not - actually somebody just coming to the pub right now he loves the record - you know, I actually he's got the guys just walked in there. This is not this is not a set up either, for this interview! He's got another pressing of it that was called 'The Brothers of Soul'. And he'll tell you himself it's just phenomenally good. I don't know - there's certain records that just hit you and for whatever reason, on subconscious level, I'm tacky away makki just brings up this my passion about emotion and I know you it's got it just how's everything later. I'm a real lyrics man.

It's good - it's what makes you want to dance - you just wanna and get up and go - aaahh this - this is the sound you've been waiting for. And yeah, it really is, I think the even the productions on the strings is no coincidence you know, and it was called 'A Dream'.

It is no coincidence it does sound like a body. It's that good. It's like a dream. They must have thought Wow! but it never made it. So I think there's a there's almost a beauty in that as well. Unfortunately for them at the time, it never made it big but now, you know, it's on the soul scene you know, it's a known by many. It's revered as one of the best, you know, thankfully still affordable, just the prices of things. was going to play a song to someone and say that what if they asked me was Northern Soul is - so there's the record, play that record to them. You know, that's, that's the one that explains it -

for me anyway - that's the sound. There you go. You know - one track - and I'll bring you to tears."