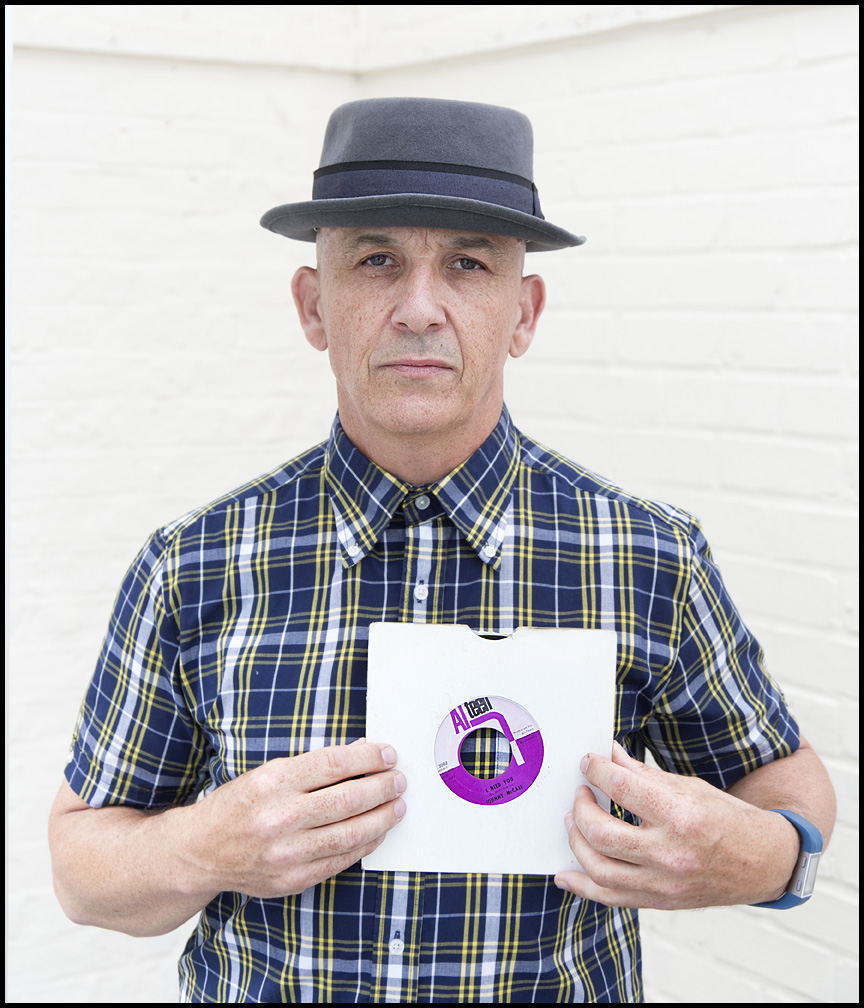 
“I’ve chosen Johnny McCall - I Need You on All Teen. It’s special because I heard it the first time around when I was going to Stafford in the eighties and then I forgot about it. Then in the 2000’s it popped into my head and I contacted a dealer and he had a copy - very cheap - it was Butch actually.

And from the first the moment I got it, played it out people stopped in their tracks as I did - it’s one of the most soulful records ever made and it’s a guy pleading with his partner - his woman to stay with him ‘so here I sit looking at the wall’ - the lyrics are so gut wrenching. So at different times in my life I’ve been able to listen to it and other times I’ve not been able to listen to it. At the moment it’s a very difficult record for me to listen to, so when I choose a record today I was trying to think of something because my chapter talks about - you know the music reflecting who I am and this tune reflects the position I’m in now - I’ll leave that to people who listen to it but it definitely reflects the things that life can through at you and that’s what soul music’s all about for me.

So it holds significance so if I put this on now - I put it on the other night and I could barely get through two lines of it - so I thought - be brave and bring it out, and it’s kind of ironic that this project’s happened at the same time there’s been some turmoil in my life and Northern Soul records are like that for me they’re very connected to them - emotively.

So Johnny McCall - I think no-one would argue that it’s one of the most soulful records ever made and hopefully people will have a listen to it from the - he’s crying and moaning through it - he’s bereaved - he’s singing about bereavement and loss and pleading. So that’s Johnny McCall - 'I Need You'.”

Johnny McCall - 'I Need You'