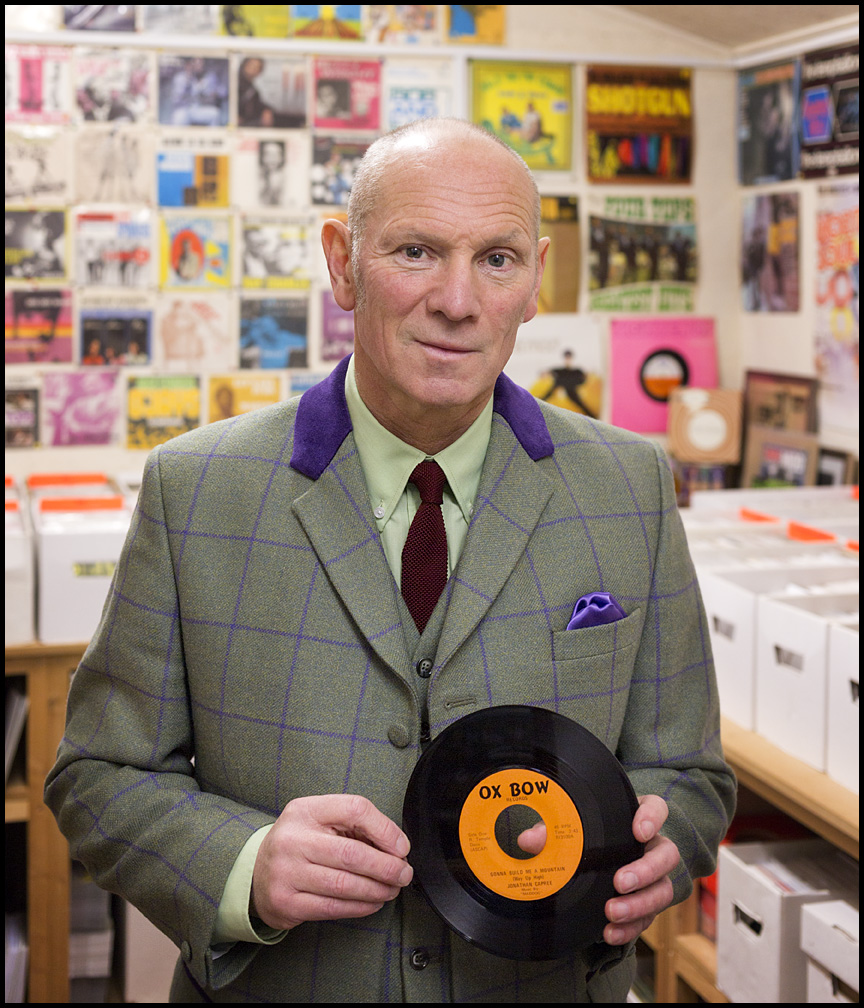 
“The record is Jonathan Capree - it’s called ‘I’m Gonna Build Me A Mountain’ It’s on Oxbow Records and it was played on the Mod Scene for some time and about 4 years ago I managed to get a copy of it, now at this time there’s only 3 known copies - which to me was a bit of a coup because

although I’ve djed over 30 years nearly all the records have always been spun by somebody else.

So for you to be associated with a particular record - to break it onto the Northern Soul scene, that’s always appealed to me but me coming a lot later than the guys who were djing in the sixties and the seventies, I djed in the eighties, it was until the 90’s - really the noughts till I sort of made a name for myself on the big stage. So I managed to get hold of Jonathan Capri and I’d heard it at some mod dos, so I started to play it and I can remember the first time I played it was at Cheltenham, it was at a soul night in Cheltenham for Neil Self.

And I knew I had something ‘cos I left it to the last record because I didn’t want to play it - I thought ‘I can’t play it - it’s not gonna go down well’. I played it and instantly 10 people came up to me and says - ‘What was that?’

Well it wasn’t quite like that - but certainly there was a few swear words in there! So I thought ‘I’ve got something.’

I mean - I knew I had something anyway because I knew the beat, I knew the rhythm. The records I’d been trying to spin over the past 5 or 6 years had sort of been Mod orientated - a little bit quirky a little bit off the (ball?) not typical Northern Soul and this was one of those records. And now I managed to get the fourth copy but I sat on it for two and a half years because I didn’t want anyone else to get it.

Now, I think Ginger’s got one, Ted Massey’s got one Soul Sam’s got one so now it’s well known but you know recently in an auction it went for over £3,000 but John Manship actually credited me as you know ‘This is the one that Sean Chapman’s been spinning for the past 3 years’ and really - to

me as a dj above everything else that I’ve done it’s breaking this record week in week out when no one else was playing it and making it what I think is a monster today - so that’s Jonathan Capree ‘Gonna Build Me A Mountain’ Oxbow Records.”