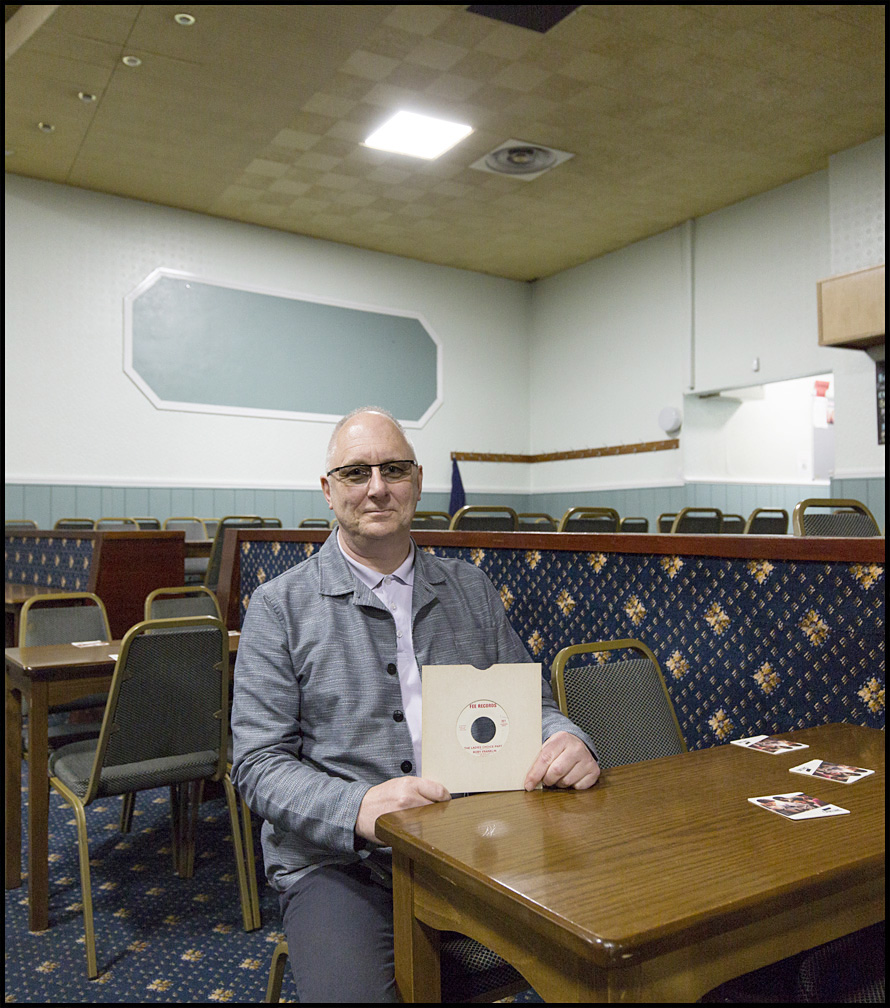 
“Well it’s a great dancing record, it doesn’t get played very much these days, I think it’s quite important that it should - so I think having a photograph with it a few Djs might play it.

But I suppose the reason I’ve chosen it - it’s fixed into my own personal history. In the seventies I would DJ and go dancing myself other nights. As a DJ it was a record that I always played and I used to pitch it at a particular point in the night and build up to it as a record because it would fill the floor in those days. It’s also wasn’t necessarily a typical record of the period. When this came onto the scene Wigan was really strong. Really fast - not necessarily soulful records had a lot of popularity whereas this one's a much lower tempo and much more soulful, much more of what I liked dancing to and there’s unusual instrumentation on it as well. And every time it plays I’m back being a fifteen year old.”