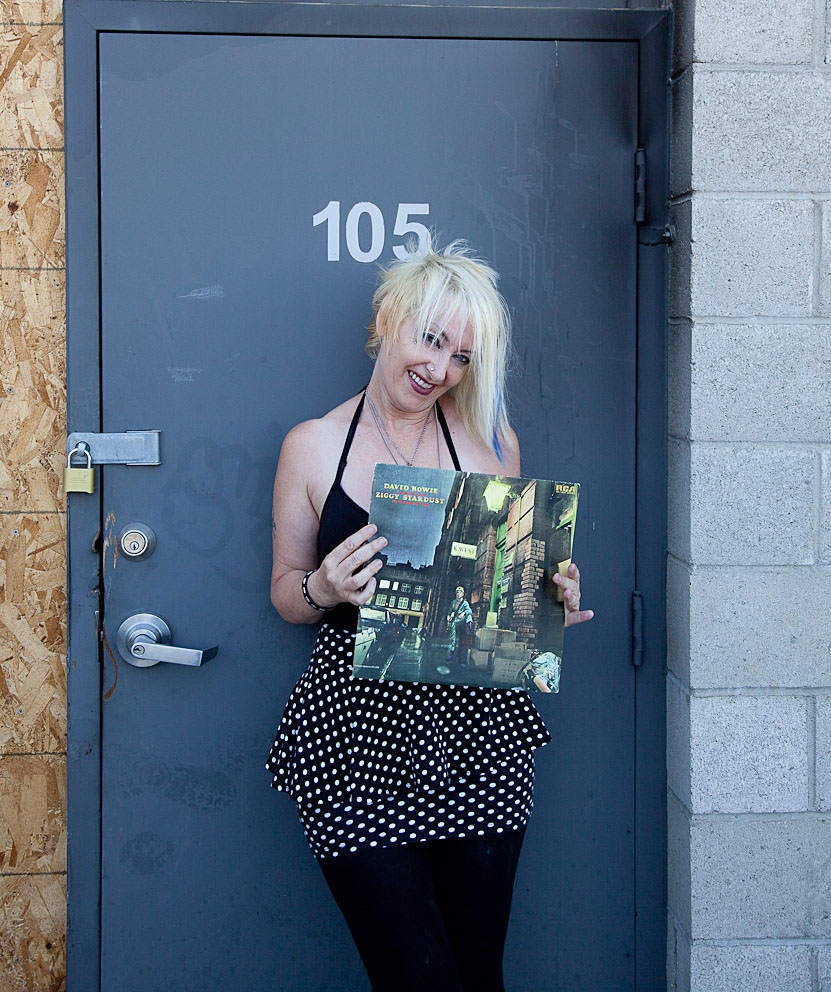 
“When David Bowie first appeared on the scene it was like magic. I really thought, when I saw him, that I’d come home and nothing else was that exciting. I lived in the middle of bloody Essex and there was nothing like David Bowie, so bright and so colourful. It just felt right and it felt like home. This album came out and I was really young but it didn’t matter, it really spoke to me and it has done all of these years. When I first moved to LA I was go go dancing in a club and they would always play David Bowie. David Bowie..there’s nothing better than him and he just gets better and better and better.

This was the catalyst to me wanting to go to Art College as well. I thought ‘I want to be like that’.

(William) - So it helped shape your life in a way?

It completely shaped my life because I think that if there wasn’t somebody like David Bowie then there wouldn’t have been Roxy Music, there wouldn’t have been Mark Bolan. Well not Mark Bolan so much, but it completely shaped my life because of all the different influences that he was using. That was a whole palette he was using and I thought that’s out there, you can use different things to shape your life basically. I think you’ve just got to seek it out and I thought hes using a palette of so many different things and so many of his experiences and different cultures and I thought ‘I can do that, I don’t have to be just one thing… I don’t have to live a little life’.

It made me know I didn’t have to live a little life, there’s so much more and its so big out there. So it’s a very special album to me; it was pivotal

David Bowie: The Rise and Fall of Ziggy Stardust and the Spiders from Marsreleased 1972