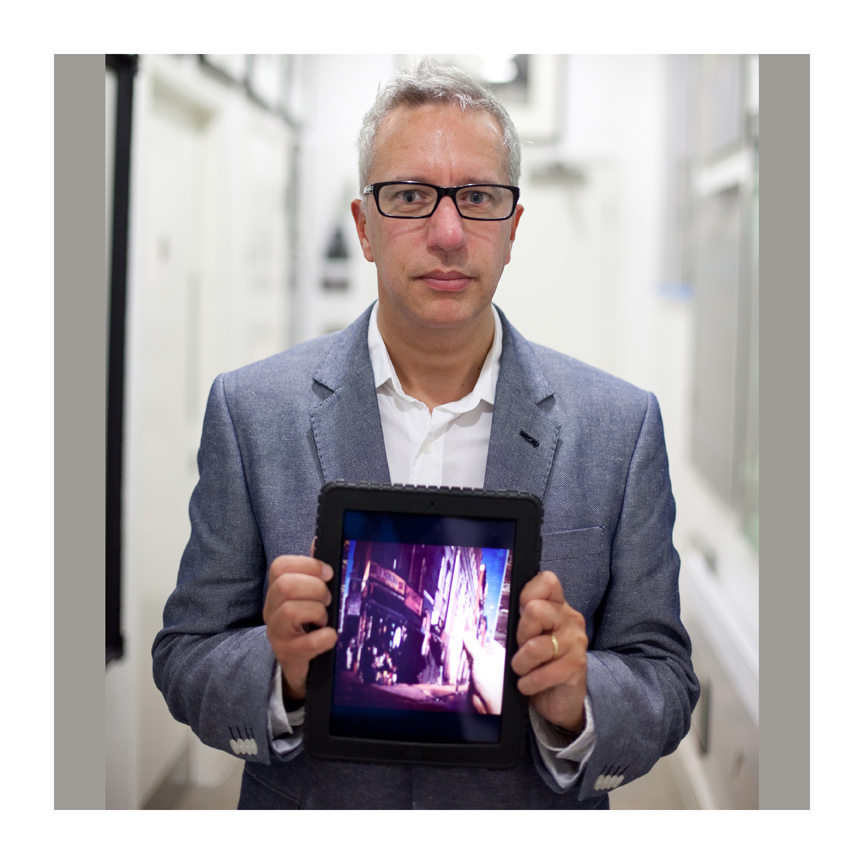 
"It's the Beastie Boys Paul's Boutique.

I always loved Licensed to Ill, the first album - but Paul's Boutique I really love because they were sort of expected at that time to do the same again and create another commercial album, and instead they went and did this very experimental album - and this is only their second.

They didn't use Rick Rubin they used the Dust Brothers who brought all these samples with them.

My background is also music I used to have a record contract with 3 Beat Music in Liverpool so I did a couple pics rave singles, I played Cream - it was before I got into the digital.

But the reason I got into music back then was because I'd done a sound engineering course and I discovered you could use computers to make music and it was becoming more and more affordable so I began playing around with samples and stuff and used to edit my own illegal breakbeat albums which were published by some underground label in London - I got no money from this at all!

But it was just fun doing it, so for me I've always been interested in that culture of sampling and mixing and that's kind is where my background is and I think that's why that album has so much resonance for me.

It's a very brave record - what they did at the time and it was absolutely slighted when it came out and now people look at it and say actually that's probably their best album- as people often do.

So that's why it resonates with me because that's what I do - I re-sample things, I cut things up - and the show tonight is very much how you perceive a film and reconstitute it in a new form so that's been the correlation for all my work from making music and breakbeat albums."

WE: Would you say that was a conscious thing Brendan or the way it's worked out?

BD: "No I don't think it's a conscious thing, like a lot of creative people interested in breaking things apart - I've always asked why does it have to be like that, I always have to know how things work - not with my car - I'm terrible with my car!

When it was digital I thought God I can do this - even though before I was playing around with analogue tape and stuff.

I've always wanted to create things from other things."