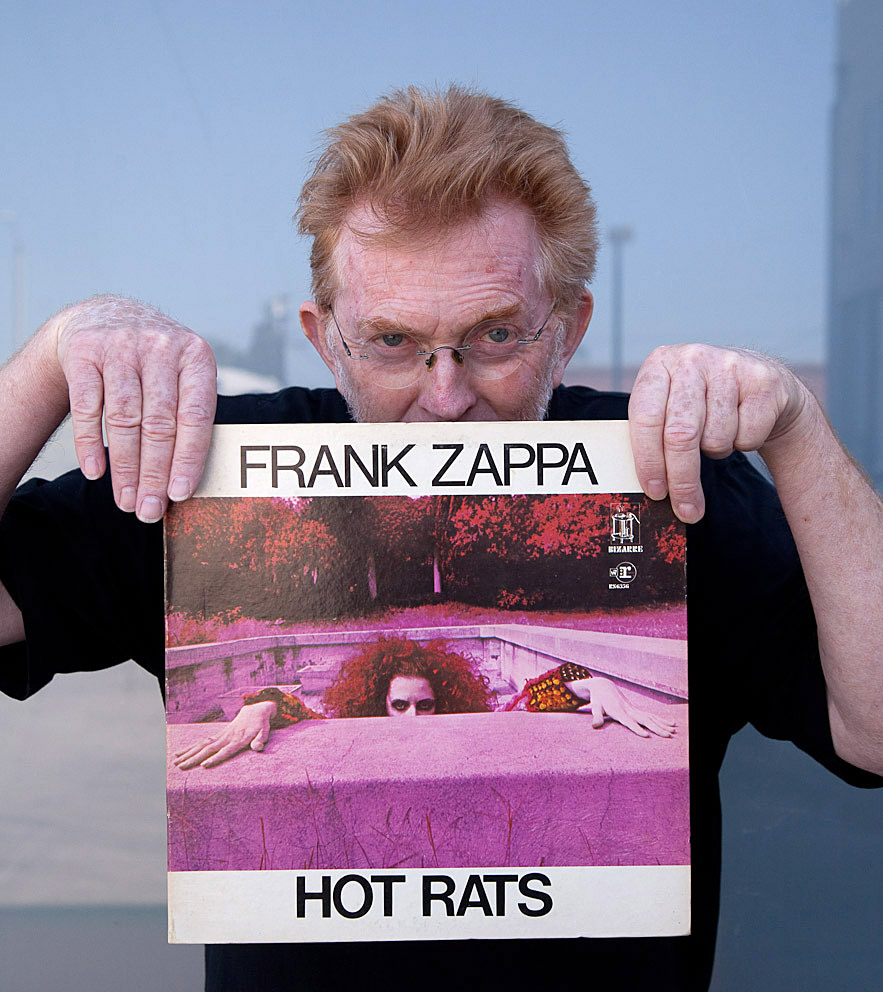 
“The album is ‘Hot Rats’ by Frank Zappa. I played it often when I was in my Art School years and it was so inspiring. Every time I put it on, I just went to work. It’s an interesting project you’re doing because listening to it again now, just recently, it’s coming back to me why I liked it so much.

It’s a jazz-rock album; I think it’s the first or second Zappa did by himself without the Mothers. It’s quirky, inspirational, and virtuoso – it’s got a great horn section on it – and Jean-Luc Ponty on violin. Zappa takes you along a road for a certain way and then suddenly he’s off to the left or right. It always keeps you moving. Sometimes a track starts slow, and then goes into driving rhythms and so forth. It keeps you on your toes.

At the time, being raised in England, I wasn’t subject to a lot of jazz like Americans were and so this album was an introduction to it…. a blending of jazz and rock.

It assumed a lot of freedom, away from pop music’s three minute song and it’s over.

These tracks are as long as 16 minutes, I like that. It’s has a sense almost like rock and roll orchestras… all kinds of subtleties moving through the rhythms.

It’s great; it just inspired me every time I put it on. I didn’t have many albums, I was kind of poor… what’s changed! - and that was one and it stayed with me.

Also I loved the cover. I was madly in love with the girl* on the cover, photographed in the swimming pool with her hands coming out. I just recently found out that she was born in 1948 and died in 1972 of a heroin overdose. I only just found that out - tragic.

She was actually not much older than me.

It would have been nice to have met her, even later on, now I’m in Los Angeles. The photograph was taken up in the old Errol Flynn estates apparently.

So, the big hair and everything like that, the panda eyes, the hippy era … though Frank never liked hippies - I don’t know why he liked the cover – he didn’t take the photograph.

I guess everything about that album is terrific.

* Miss Christine of The GTOs