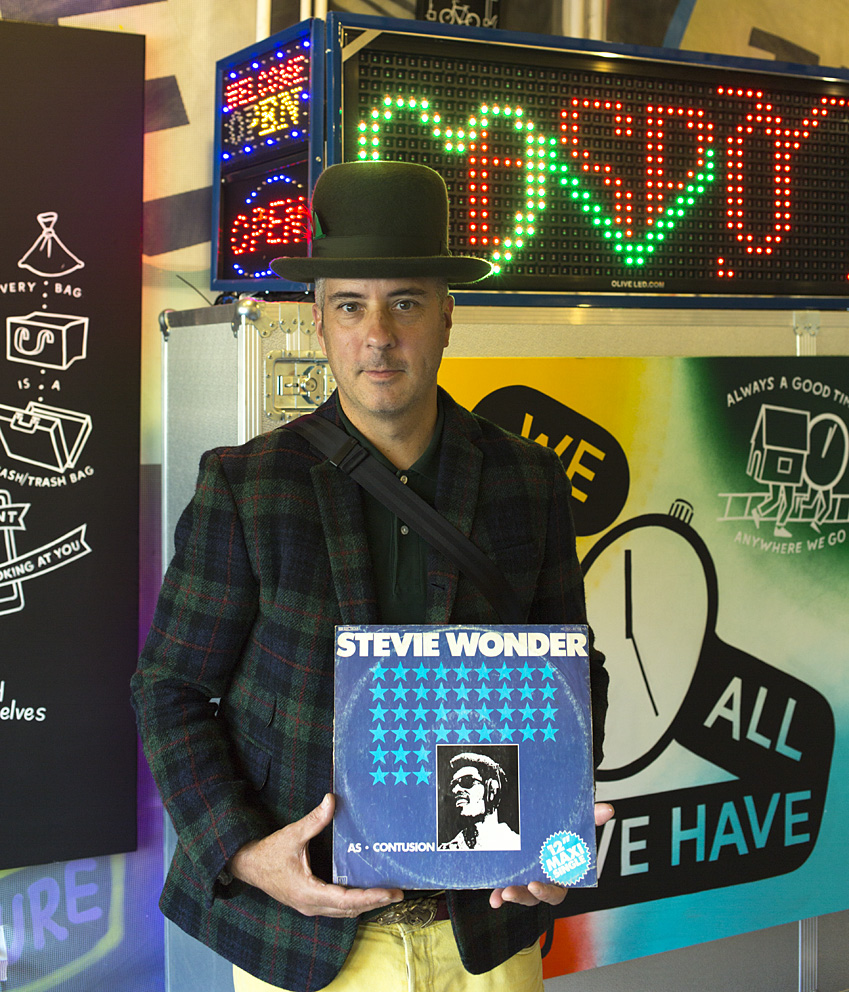 
"I kind of circumvented the rules a little bit! This is a 12 inch. It is Stevie Wonder "As" backed with "Contusion." This is only pressed in Germany for some unknown reason - they thought it'd be a hit song in 1978, six years after "As" came out on "Songs in the Key Life" five years after such as came out,

And it's, you know, it's one of these things that has followed me around as a song, you know, most of my life. I was born in ’68 - so certainly since I was seven or eight years old I was aware of the song even if I didn't know specifically what it was.

I love to tell the story that one time when I was bartending now 20 years ago, and I was setting up you know, for the night, cutting fruit, you know, getting organised, counting the register, and I was playing “Songs in the Key Life” and the only other person this woman came in the bar, she ordered just a seltzer or a glass of wine or something. And she was I could tell she was really sad. And she sat by herself and she was obviously processing a bunch of feelings. And “As” came on, and, you know, I turn away from her when I turned back I could see the entire weight of the world was lifted off of her and she was just pulling money out of her pocket. she dug in her pocket, she threw down all the money she had on the bar. She said thank you, and she left.

And then that's when like, “As” went from like the song - It was always in the background to something that like, jumped to the foreground and I recognised it as like this really powerful song.

A person contacted me in Switzerland and asked me if they could use a piece of my artwork on on the front of their shop, and they wanted to pay some kind of licencing fee for this - and they didn't have to do it.

And I said, ‘Well, you know if you could find me a copy of this, this record this - this ridiculous 12 inch that only Germany pressed up. I think it'd be a fair and awesome fair trade’ - and they did.

So - Inch by Inch Records of Basel, Switzerland. I salute you.

And, and this song ended up - Stevie Wonder played it at Aretha Franklin's funeral - so if you don't need to know anything else about the song - know that.

So that's what that song is - when it was time to send off Aretha - Stevie sang this this one. So hopefully, he'll do the same for me someday - Stevie’s going to outlive us all - and it matches my outfit!”