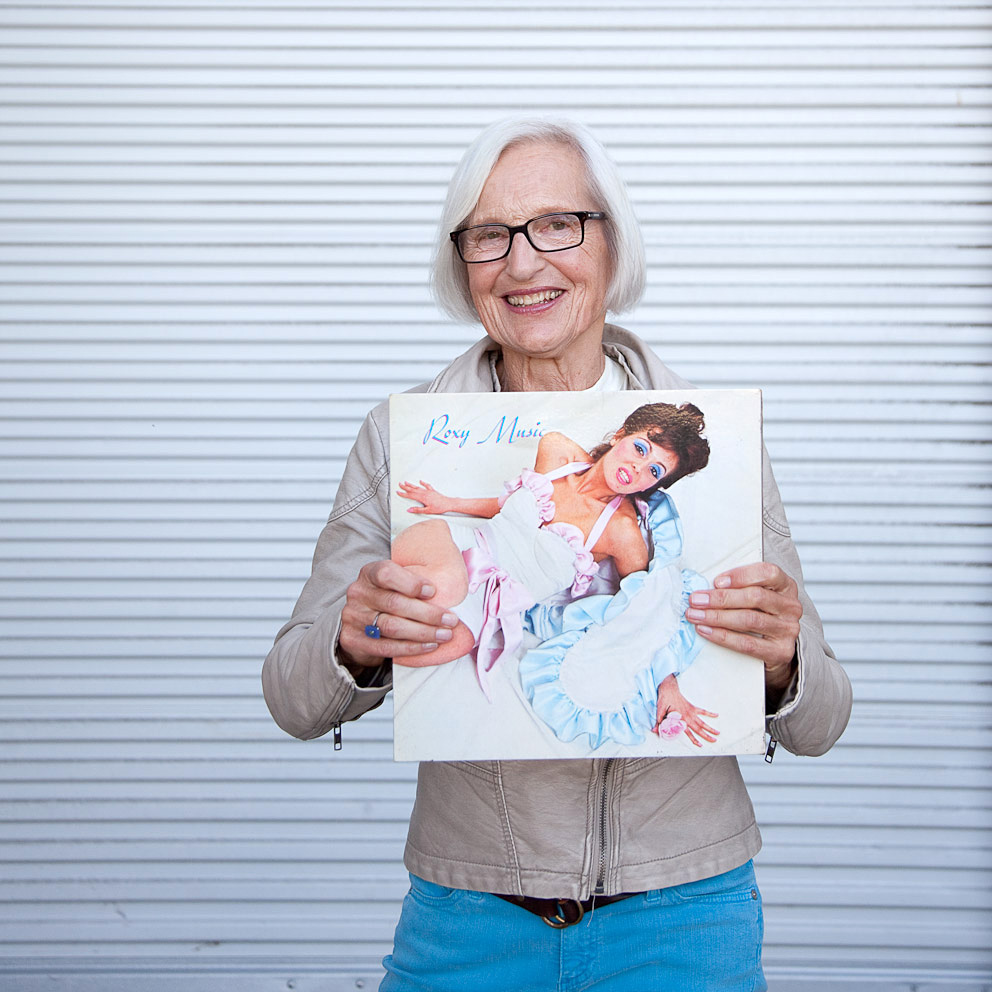 
“…Charlie Ware - whose sister Jill would become one of Roxy Music’s first major fans, attending all their concerts in extravagantly chic outfits”.

"After much deliberating I have finally decided to choose the LP that I associate with a change of direction in my life as an Artist- “Roxy Music”. Brought up in the country during the austere British years of WW11 and the1950’s with Classical music, and a Wireless only tuned in to very select programs, I was an ultra- serious teenager and art student. At Chelsea Art School in the late 50’s, the more serious, poor and fraught you looked the more credit you were given as a painter. When given a record player for my 21st birthday I played mainly Beethoven’s late quartets and Bach’s Brandenburg concertos and it was not until 1964 that I bravely bought “Beatles for Sale”!

Loving colour and yearning for exotic clothes, I embraced the 60’s, when you could actually buy the kind of young, bright coloured dresses you had always wanted. However my paintings, although also brightly coloured, were still very serious. Then I had a breakthrough in the late 60’s early 70’s, realizing that painting could be fun, music could be fun and clothes fantastic and witty as well as sophisticated. It was at this time,1971, wearing a favourite yellow wig, Mr Freedom hot-pants and solar-system painted peep-toe shoes, that I met and became a friend of Andy Mackay. He was a classically trained musician with a wonderful, ironic sense of humour. Andy Mackay and Bryan Ferry were in the process of trying to get a band together and raise interest in their demo tape.

After introducing Andy and Bryan to my brother, Charles, he decided to help in backing the band, resulting in an involvement with them in those early days. I had the pleasure of watching the band blossom first hand and see them develop their fantastic Glam-Rock image on stage. Andy and Eno were extraordinary musicians and I found the combination of their music and visual performance something incredibly exciting that I totally related to. I also loved feeling free to express myself at their gigs in my over-the-top clothes.

Parallel to this, I felt more freedom in my painting, allowing my change of attitude to permeate my work.

So I see this album “Roxy Music”, given to me by the band, as a symbol of a time when I began to learn that I was a powerful woman who could do whatever she wanted in this life."