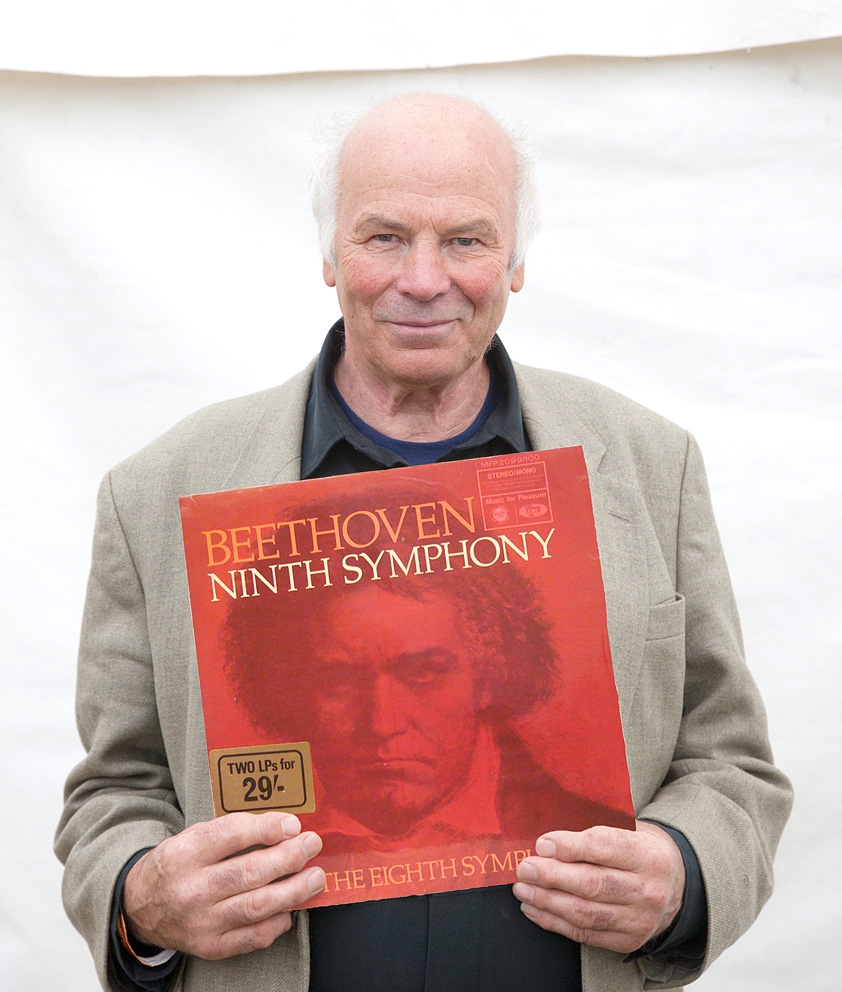 
"Well, it’s a recording of Beethoven’s 9th conducted by Wilhelm Steinberg – I think in the 1950’s – with an American orchestra.

I first bought it on ‘Music For Pleasure’, it was a cheap thing, and it was absolutely amazing and I just played it and played it until it was almost worn out. And ever since I was trying to find that original recording on CD and it took a long time and I found a company in America that specialised in re-constituting old recordings and I bought it. … I don’t remember what they were called …. and I bought the recording off them on CD which I copied a few times and I keep the first one absolutely pristine.

It was recorded on wider than normal tape … it was cinema tape .. and the detail on it is fantastic – you know – and this conducting…. He did the whole Beethoven symphonies, four of which I’ve got from the same company, which is great. I still play it every now and again."