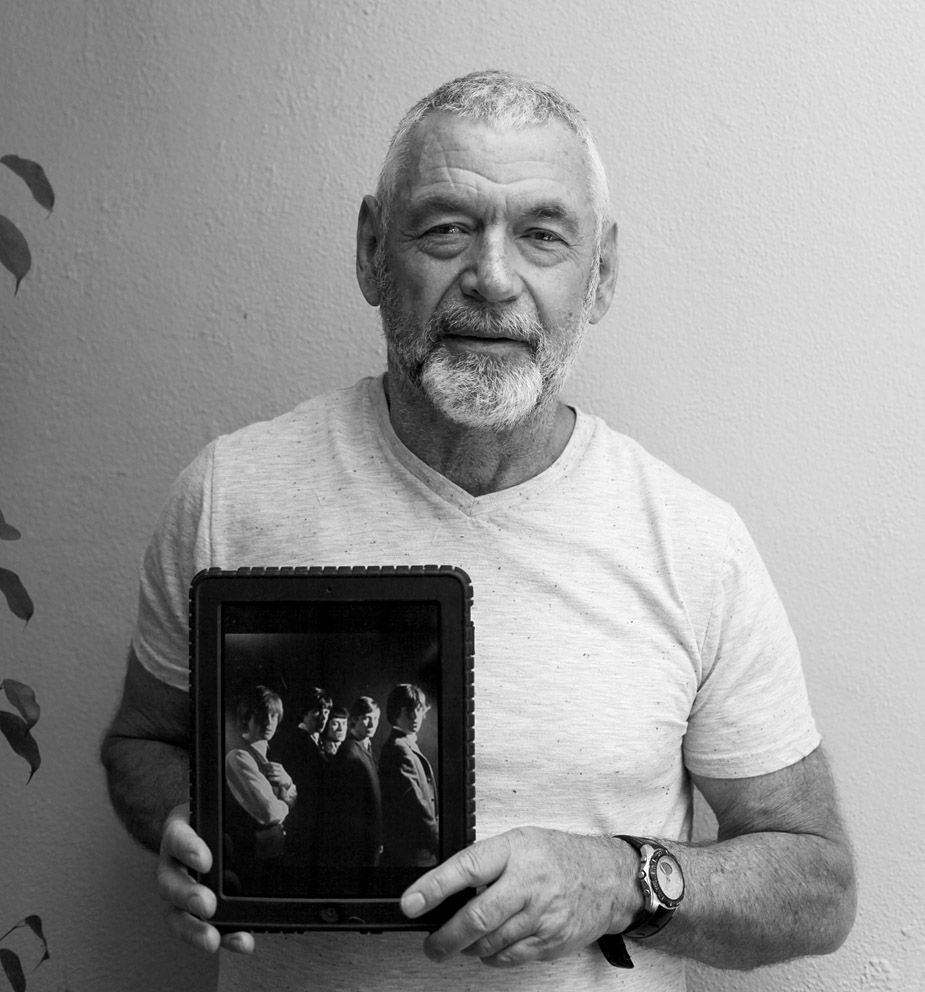 
“The first album I ever bought - the first album they ever made - ‘The Rolling Stones' , the British release, I think the American one had ‘Time Is On My Side' on it. It was all covers. They put a second LP out the same year of other covers an

d then I sought out the original versions of RnB and Blues they'd covered. But that (lp) is the catalyst that any way my musical taste has developed it goes back to that core.

The pop music in was pretty awful in England until the beginning of the sixties, but I grew up with a lot of that.

My sister had a Little Richard album, I remember looking at the cover and thinking 'brother from another planet!' (laughs) and he was amazing.

But my first purchase was The Rolling Stones and they showed me the way into RnB and Blues and eventually Jazz - very important."