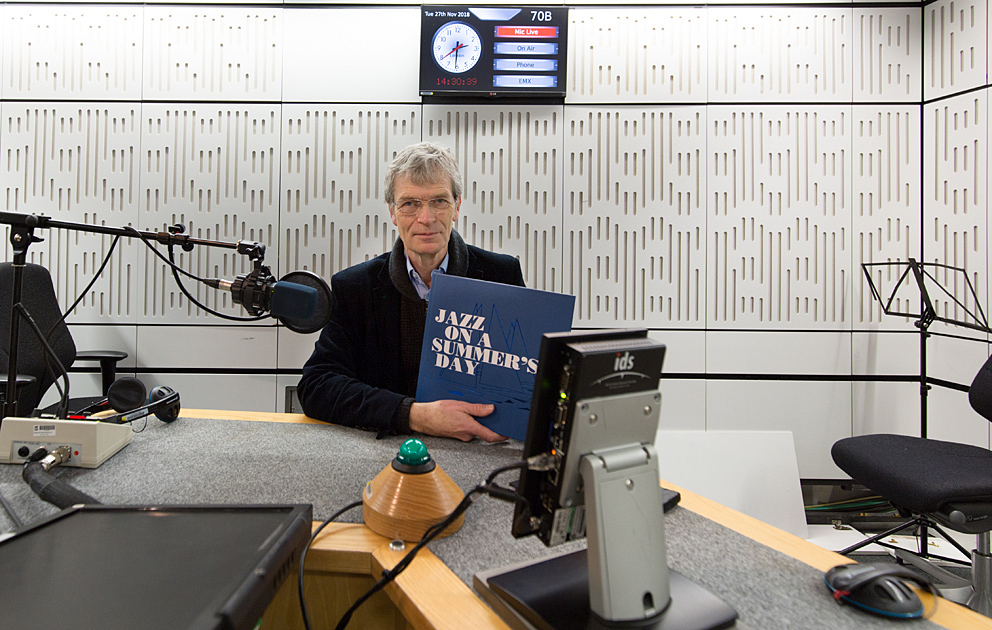 And what I love about it is that it captures an era, it captures a place - but my own voyage through jazz as a researcher, as a musician and as a broadcaster has brought me into contact with so many people in this this film I felt that it encapsulated my voyage through jazz at the same time. You’ve got the roots there with Mahalia Jackson and Louis Armstrong, you’ve got the most wonderful female singers with Anita O’Day and Dinah Washington. And then you’ve got the Blues because Chuck Berry does a session and in that backing band was my great friend and mentor Buck Clayton.

I helped publish Buck’s life story in the 80’s and when he died he left me his music. So my mission over the past twenty years has been to play Buck’s collection of music with a band that is literally his legacy band. So it’s great to see him onstage playing with the Blues artists, playing with other great musicians of the time including Jack Teagarden and some of the great saxophone players of the era.

But there are other connections too: at the very beginning of the film which is the “The Train and the River” by The Jimmy Giuffre Trio - I made programmes with both Jim Hall the guitarist and Bob Brookmeyer the trombonist. Indeed here's a quick Bob Brookmeyer anecdote. I went to see him to interview him about his work in jazz education because he’s always been a great educator. He’s taught people like Maria Schneider the arranger. And Bob lives in New Hampshire. Unfortunately my producer programmed the same name of town in Vermont into the sat nav. So arriving for lunch we turned up at this little hick place in the middle of nowhere and we called Bob - ‘where are you?’ So when we told him he said ‘you’re just 200 miles away - but don’t worry about it’. His wife wasn’t very pleased ‘cos the supper was ruined - but funnily enough that was a great introduction, ‘cos if you make an almighty mess up like that, and then you go and meet somebody and they turn out to be wonderful it forges a friendship of a different kind and he was always - right through to the end of his life a great chum and a great ally in terms of broadcasting. So to see and hear him at the beginning of the film is great.

Then there’s Chico Hamilton and that incredible Quintet which has Buddy Collette - it’s got Fred Katz playing the cello. There’s that a wonderful moment in the film where you hear Fred Katz playing Bach Cello Suites - now my first instrument when I was at school was the cello and I learnt those Suites So again there’s a resonance. I don’t think that’s on the record but it’s very much part of the film. It’s just an era, a collection of people that are important (to me) and a snapshot of what I thought, as a young man, Jazz was all about.”