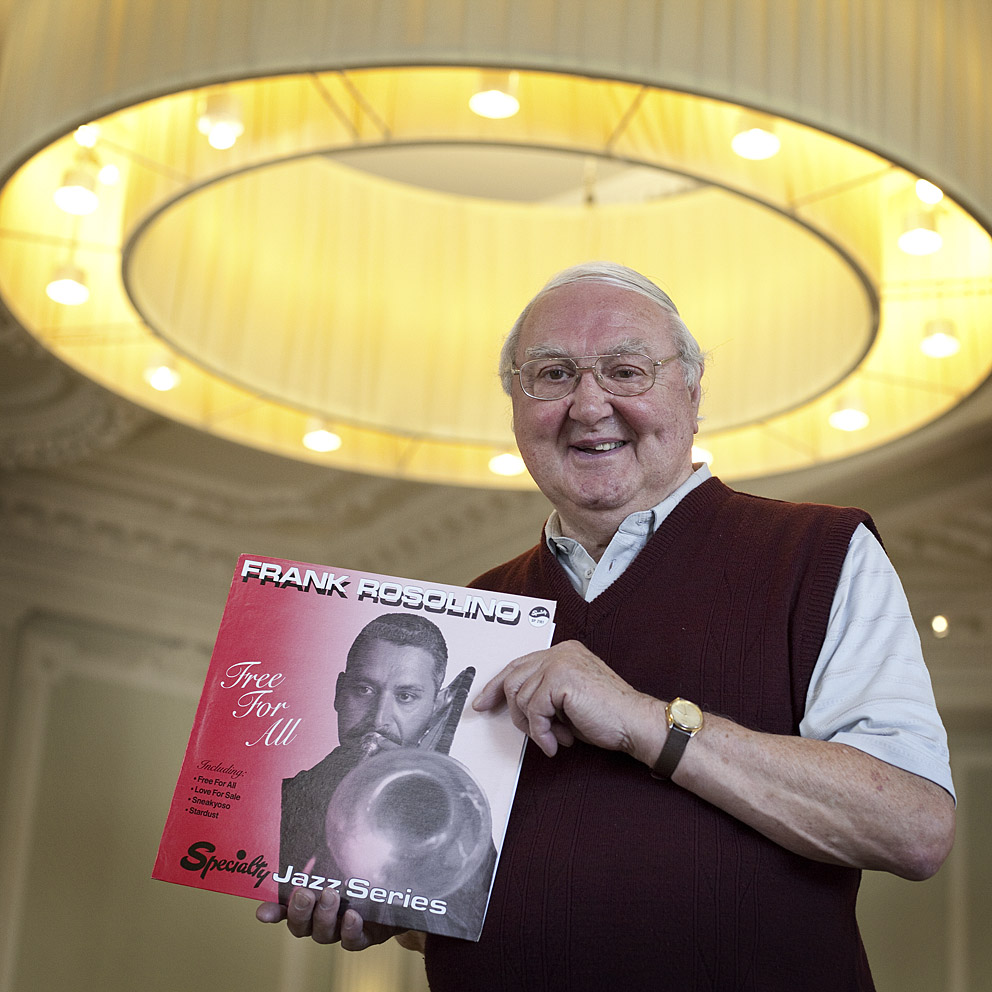 
“I discovered the vinyl album “Free for All” (Speciality SP2161) in 1990 whilst visiting New York City and recognised its rarity immediately, even though it had only been released 4 years earlier, (1986). Speciality Records was not your usual run-of-the-mill jazz label, so a short run was more than likely what had happened. The liner notes confirmed my suspicions as the recording had been long-forgotten, even by the man who produced it, David Axelrod.

I was immediately hooked with his style and finesse but especially taken with his tone. So much so that I now have 94 LPs/CDs, either under his own leadership or otherwise featured with different bands, large or small. In a “blindfold test” of his recordings I’m certain I could pick him out without hesitation, regardless of the number of trombonists put before me.

It remained un-released for 10 years after Rosolino’s untimely death, in spite of his many promptings to the company after completion. He believed it was the best album he’d ever made and I wouldn’t dispute that for a moment!”