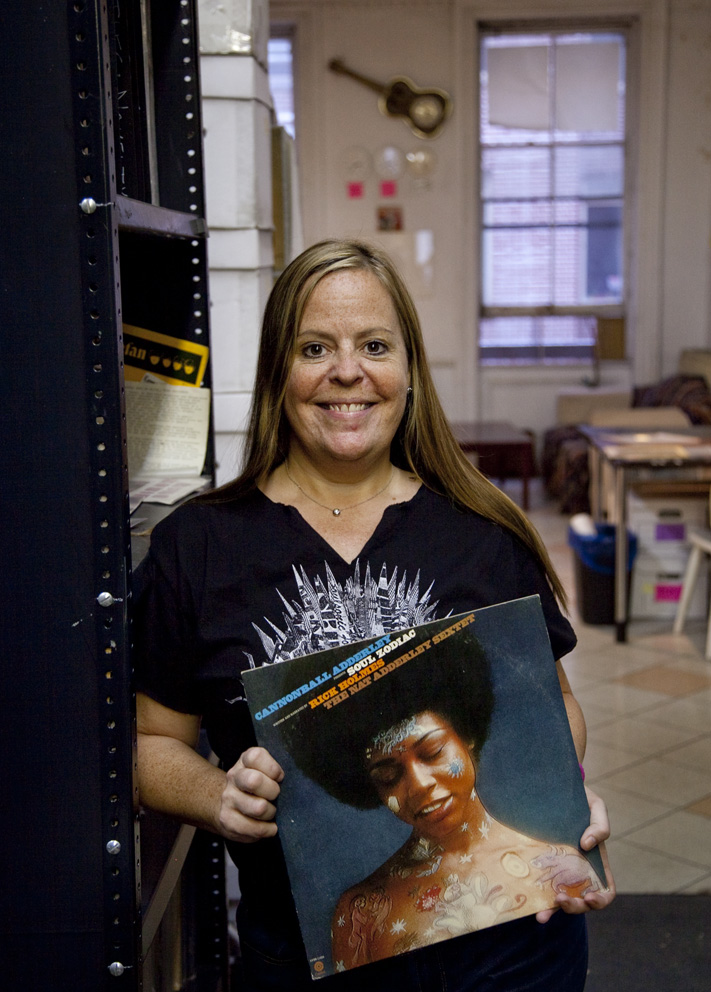 
“What I love about the record I’ve selected; which is Cannonball Adderley presents Soul Zodiac written and narrated by Rick Holmes with the Nat Adderley sextet playing as well – a lot of Adderleys!

What I really love about this, having a radio show on WBAI and having been a community radio person for so long – since the 80’s even though I might look like I’m only 21!

!988 I started out with WBAI. Rick Holmes did a radio show where he would invite jazz musicians when they were touring down the coast of California - he was based in Southern California.

He would always drop Zodiac knowledge about each of their astrological signs. It would be part of, not only the interview, but also the conversation – always.

So Cannonball Adderley invited him to be that voice and actually create the lyric, so to speak, or spoken vocals for each of the zodiac signs aslong with an introduction, which is really lovely.

Some of them - which I don’t quite understand why, lets say Aquarius took almost 8 minutes in composition – versus Leo, which is only 2.51 seconds. That’s the range.

I’ve always had the dream to reach out to Capitol Records and find the original tape and redo in a remix package this project.

Every time I play one of these selections, which I try to play usually every cycle with the zodiac as it changes monthly on my show and in rotation on Clocktower, I always get emails or responses like ‘what is that from’ or ‘where did that come from’?

So, even though some may not be as Earth Cookie, or hippy or whatever you want to call it on the zodiac side, regardless you can catch peoples attention.

Especially what I love is when an artist interprets in a composition the energy of the words in their own way.

Like ‘Capricorn’ and he gets into this whole riff.

One of the things I’m still a little confused about for Capricorn was he goes ‘they’re so tight with money they could steal from themselves’ - or something like that.